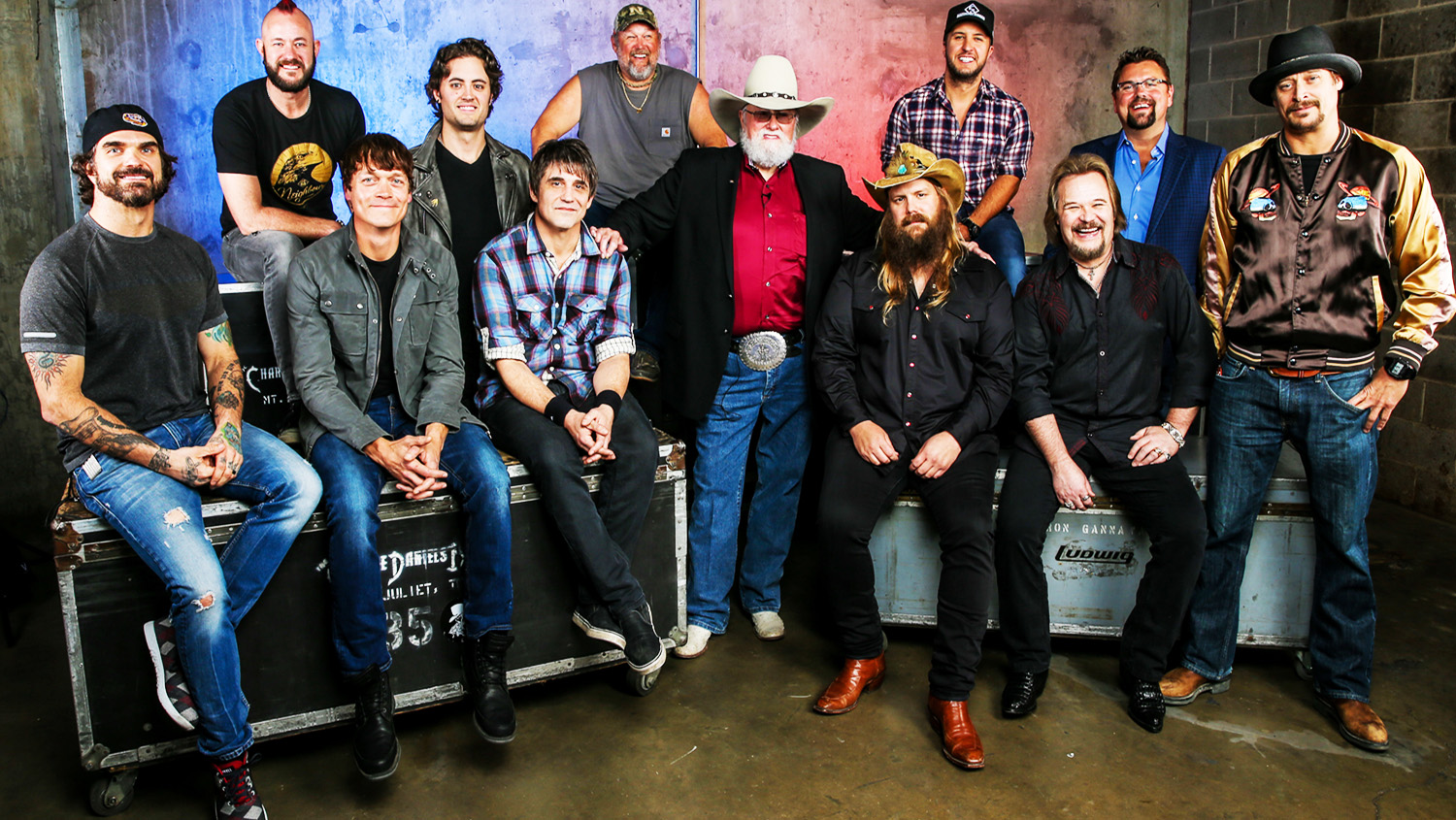 A sell-out event, the Charlie Daniels 80th Birthday Volunteer Jam hit a capacity of 15,784 patrons in the building and was a star-studded show with a portion of the proceeds benefitting The Journey Home Project. The event featured guests 3 Doors Down, Luke Bryan, Kid Rock, Larry The Cable Guy, Chris Stapleton and Travis Tritt with the Charlie Daniels Band for another historic jam. The jam featured a variety of the artists singing standards like “Can’t You See” and “Will the Circle Be Unbroken.”

Charlie Daniels was surprised with the Rare Country Humanitarian of the Year Award by Randy Travis and Lt. General Keith Huber before playing his mega-hit “The Devil Went Down to Georgia” to a sold out crowd at his 80th Birthday Volunteer Jam at Bridgestone Arena on Wednesday evening.

“Looking back over my 50 plus year career, this is among the top five shows I have ever done in my entire life, Volunteer Jam 2016,” said Charlie Daniels of the momentous occasion.

Since 1974, Daniels has commissioned his musical friends and peers to come together on a “volunteer” basis to hang out, “jam” together, and entertain crowds in an unconventional, laid-back fashion unknown to any other concert event — all while dedicating concert proceeds to worthy causes. This year’s event featured extra special “jam” sessions with some of Charlie’s most prolific friends who celebrated the Country Music Hall of Famer, his birthday, and his many accomplishments.

A portion of the proceeds from the night went to the The Journey Home Project, a 501(c)(3) non-profit co-founded by Daniels and manager, David Corlew, to help Veterans of the United States Armed Forces.