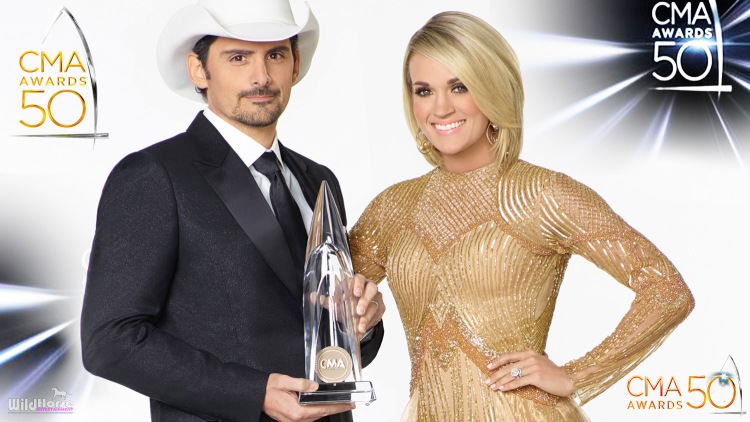 Not only will we celebrate 50 years of country music, but many major players in the genre will return to the show for the first time in years. Rumor has it we’ll see some of the best classic acts mixed in with the newest rising superstars — it doesn’t get any better than that! Plus, co-host Carrie Underwood will don 11 different dresses (yes, ELEVEN!), some of which will pay tribute to decades past. The 50th annual CMA Awards air live Wednesday, Nov. 2 at 8/7c on ABC but until then, find out what we’re looking forward to seeing!

The Hosts:
Superstars Brad Paisley and Carrie Underwood are slated to host the CMA Awards for the ninth consecutive year. This year, we celebrate 50 years of Country Music history and we have no doubt the duo have an extraordinary night planned. Be sure to tune in to the show immediately at 8/7c to watch their monologue. It’s always a highlight of the show!

We anticipate a huge tribute to the past 50 years of country music during Wednesday night’s telecast. If the “Forever Country” song, featuring 30 major artists, is any indication, we’re in for a real treat!

Winners: This year’s competition is more fierce than ever before! Who will take home the trophies on Wednesday? Only time will tell! Until then, check out our CMA Awards predictions HERE.