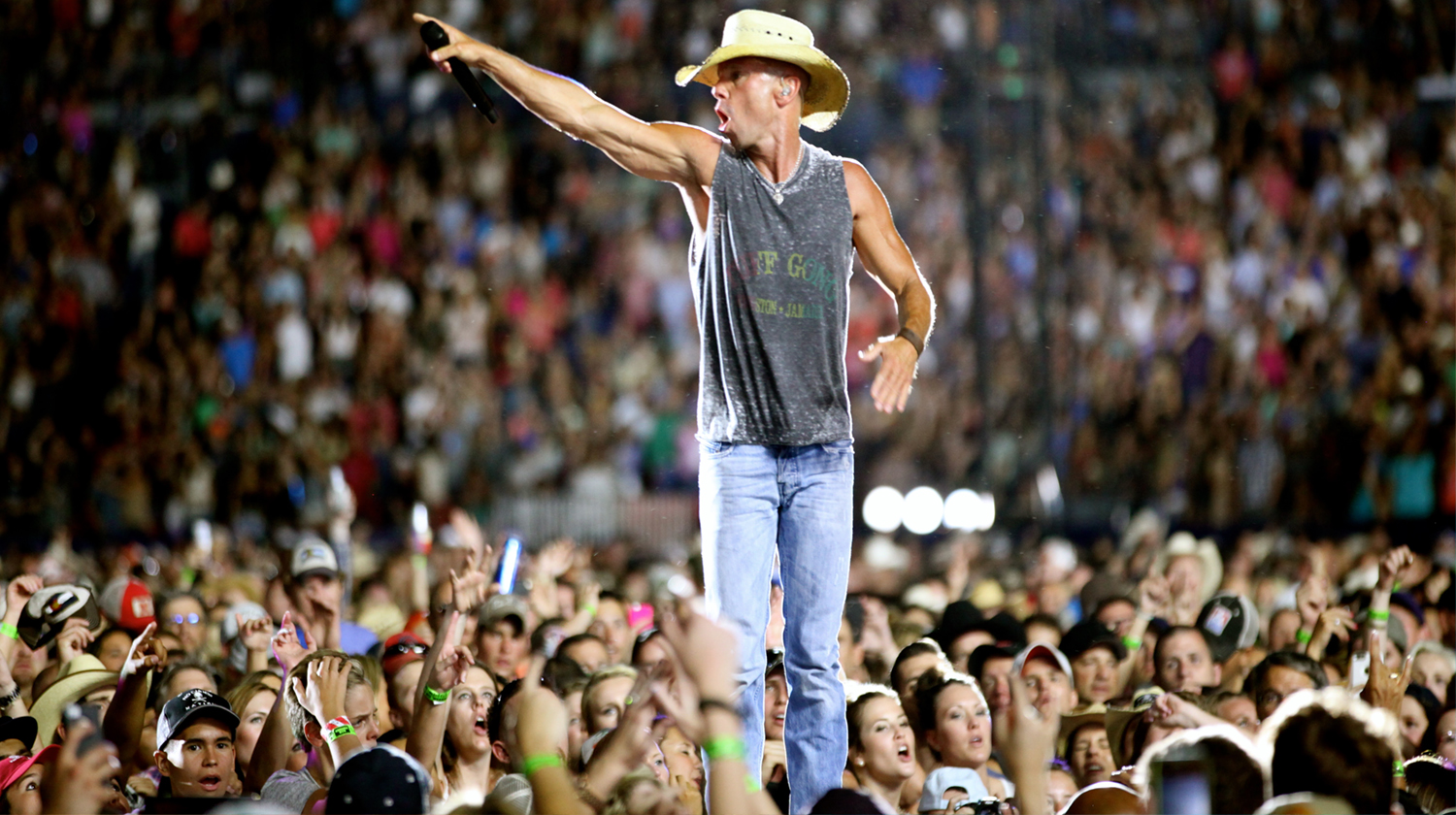 But the news – which he heard as he was dressing for the show before 48,322 fans – that 25-year old police officer Christopher Dorman, after having been shot 7-times in the leg, chest and stomach, gave him a shout out of “Kenny Chesney, don’t forget about me”— fired the East Tennessee songwriter/entertainer up to a whole other other level.

Hitting the stage just after 9 p.m., Kenny paused after “I Go Back,” a song that captures the power of songs to hold life’s special moments in amber, and said to the crowd, “I didn’t know where in the show I was going to do this… But there’s a line in this song that says, ‘When I hear, ‘Only the good die young, it still stops me in my tracks…,’ and I heard that an officer here in Philadelphia who was shot seven times last night – from his hospital bed, he made a video that said, ‘Kenny, don’t forget about me.’ Well, Christopher Dorman, we won’t forget you…”

The crowd, which had begun cheering as they realized what Chesney was talking about, roared when he invoked the policeman’s name. For them, the story was personal – and the fact that Chesney knew – and lifted this moment to honor the police officer prompted an insane response. If the internet blew up at what seemed to be his comment suggesting the officer had passed, he finished the song he was singing, the plaintive “Anything But Mine,” about yearning for a summer love past, and offered, “Christopher Dorman, wherever you are, this is for you…”

“I was so caught up in the moment,” Chesney said after the full-tilt set, “I think the emotions got the best of me – and I wasn’t as clear as I could’ve been. The idea that a hero like that, with seven bullets in him, would even think about me… I heard about it right before I hit the stage, and it stopped me in my tracks. Someone whose life was on the line, and after all that bravery? As anyone in the stadium knows, I kept pausing, trying to collect my thoughts.

“Philadelphia has always been one of those places where the fans are loud, the tailgating is crazy and me and the band have the time of our lives every year,” continued the superstar next door. “And when I heard the cheer they sent up when I sent our best to Officer Dorman, man, everything I’ve ever thought about the people of Philadelphia was confirmed.”

Following his set closing “She Thinks My Tractor’s Sexy,” the audience erupted in spontaneous cheers of “KEN-EEEEEE! Ken-EEEEEE!” over and over – and a triumphant Chesney returned to the stage for a raucous “Don’t Happen Twice,” the drums thundering and the audience throwing their arms from side to side as they sang almost louder than the band onstage.

For the city, who’d been listening to the man from Tennessee, promise he had been thinking about then all winter, it was a moment of total connection – and earsplitting screams.

“There are moments that it feels so damn good to be alive,” Chesney said, “Tonight in Philadelphia was absolutely one of them. To honor a policeman who survived something so horrific, to be rocked so hard by all those people, to see a city so alive, that’s everything about why we do this! To Philadelphia, you have a lot of heart – and it was an honor to rock with you tonight and honor one of your own!”