When A Cheetah Decides Its Time For A Visit 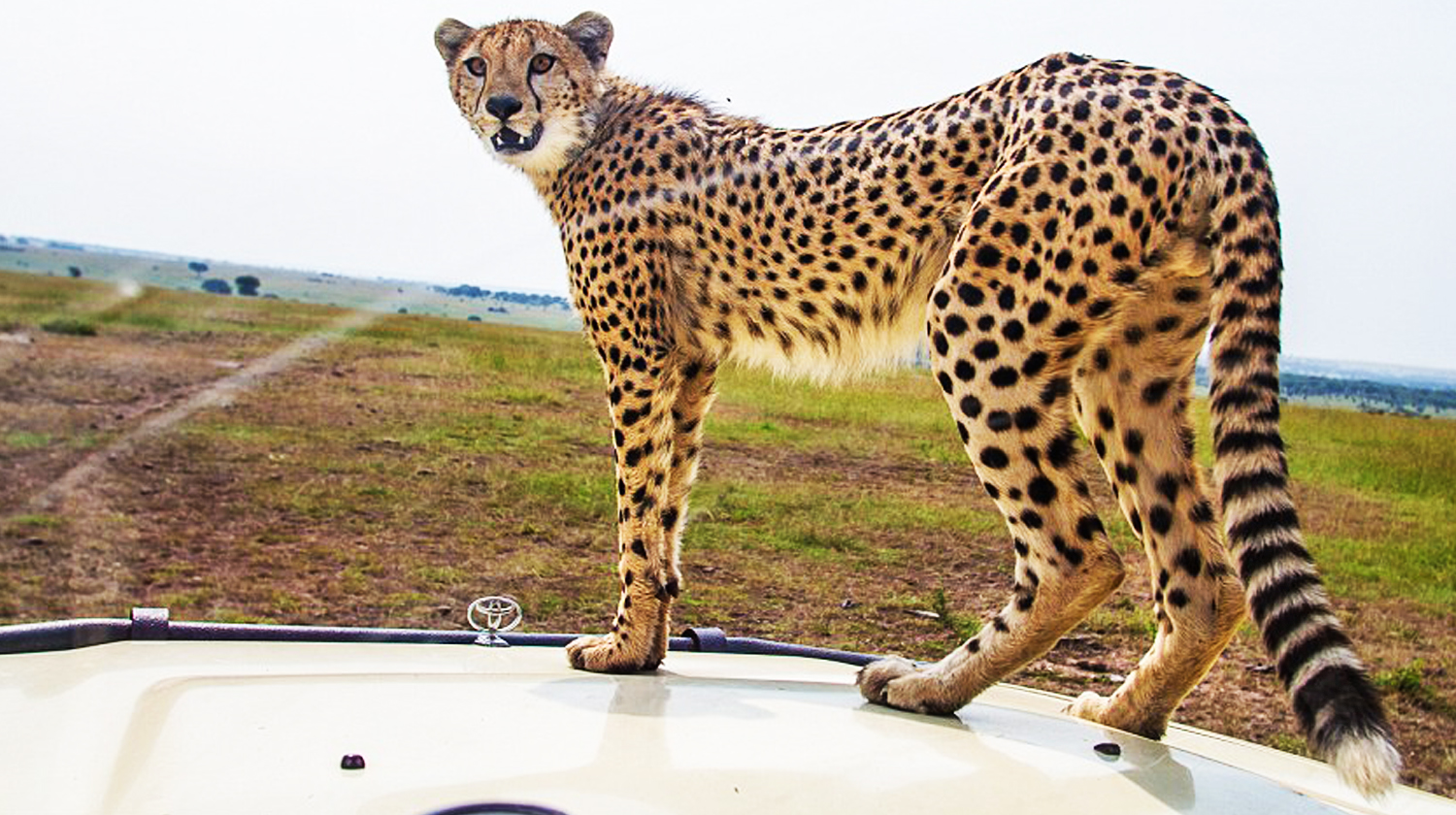 When A Cheetah Decides Its Time For A Short Visit

Peekaboo: The cheetah peers through the window to get a better look at the guide in northern Serengeti, Tanzania

The young male jumped onto the bonnet to look for prey but with nothing in sight turned its attention to the front seat passenger Lee Whittam, 39.

He said: ‘In 21 years of guiding, this is the first time it’s happened to me. But once we’d recovered from the initial shock we enjoyed the extremely close views and inquisitive looks from this young male as he sniffed, licked and chewed bits of the vehicle that intrigued him”

The unusual sight was captured in the northern Serengeti, Tanzania. Many cheetahs have become accustomed to the scores of game drive vehicles that visit the national parks and some use them as vantage points to scan the savannah for prey. Mr Whittam, a tour operator with Essential Africa Guided Safaris, said he was never worried about being attacked even when the predator was just inches from him.

‘Cheetahs are rarely aggressive and it was clear the animal was being curious not aggressive,’ he added.

‘Young animals are often inquisitive but it’s not often that they actually make physical contact with a vehicle – and it is certainly not common to actually jump up on one.’What will probably happen in this case is that the young male will outgrow his inquisitive nature and stop jumping onto vehicles – but it’s very likely that he’ll remain totally relaxed in their presence.’

Hiya! Many cheetahs have become accustomed to the scores of game drive vehicles that visit the national parks