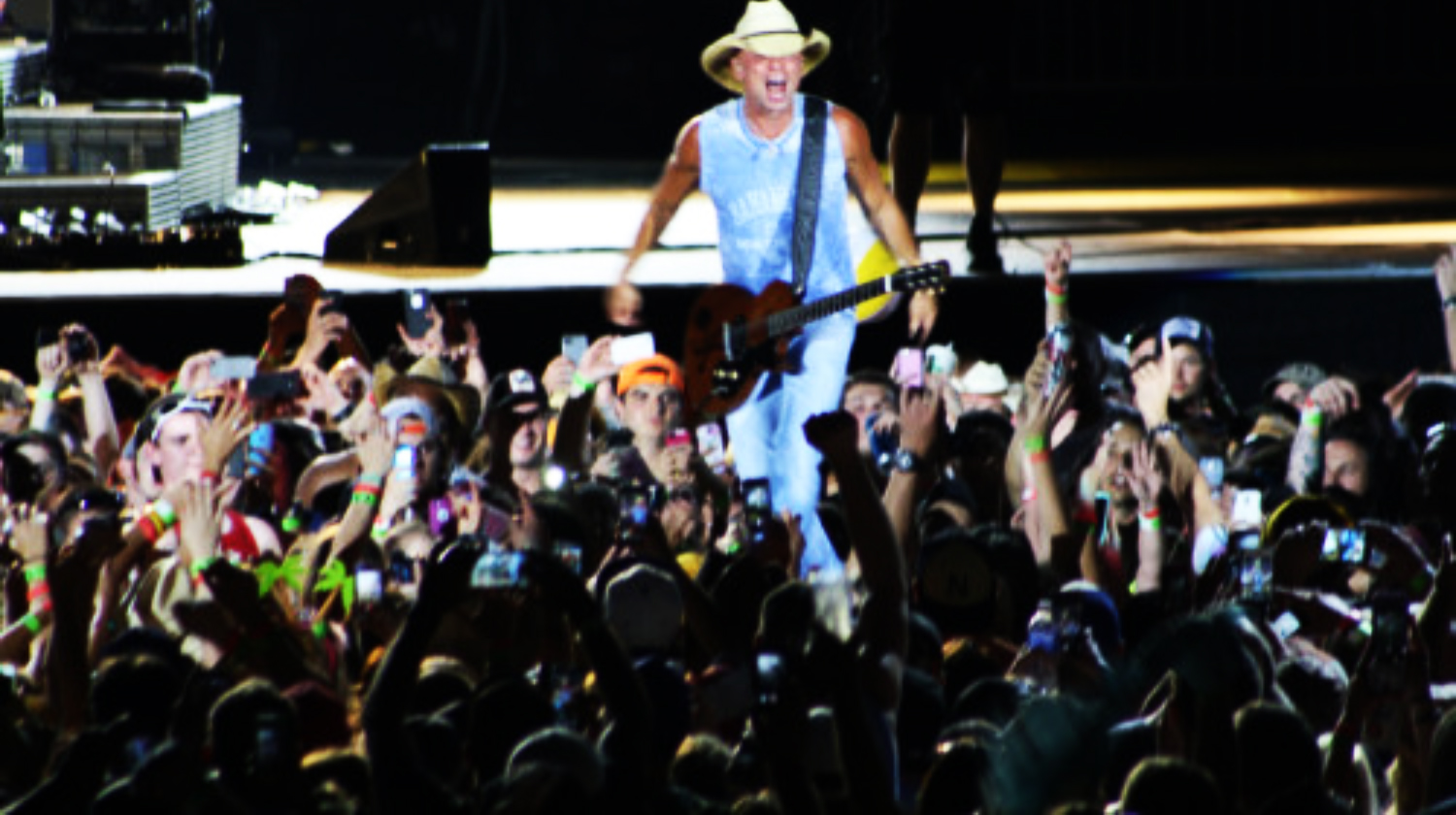 By the time, the time the man the Wall Street Journal deemed “The King of the Road” hit the stage at 9:11 Saturday night, Pittsburgh was primed and ready to rock. With attendance of 55,381, Chesney broke his own attendance record – set in 2007 at just over 54,000. So much erroneous information has been reported around the venue, The Pittsburgh Post-Gazette addresses the discrepancies with a May 25 Pop Noise column.

Not that any of it mattered to the 8-time Entertainer of the Year. Following his New Orleans funeral/voodoo-themed “Big Revival” opening film and the “Jurassic World” online clip, Chesney took to the sky, leaning into “Reality” as he was transported over the fans’ heads on a high wire. His hard-hitting, almost two-hour set didn’t slow down for a moment the entire night.

The Post-Gazette wrote Chesney “let loose on stage, he was in constant motion with rousing sing-along faves like ‘Beer in Mexico,’ ‘Keg In The Closet’ and ‘Summertime’ and well-received new ones ‘Til It’s Gone’ and ‘American Kids.’ His white-hot Nashville band got way more wattage than the openers to fill the stadium with screaming guitars and crushing beats.”

“Heinz Field was the first wave of NFL Stadiums I played after (Knoxville’s) Neyland Stadium. The Pittsburgh fans have so much heart, grit and muscle, they almost shove you off the stage,” Chesney says of his perennial tour stop where the Three Rivers meet. “We’ve had some amazing shows this year, so I knew we were ready and hungry for Pittsburgh.”

As a warm-up, the high-energy songwriter/performer worked out with many of the Steelers on Friday – and had several team members as his guest at Saturday’s show. After a heartfelt tribute to the Rooney Family, who own the storied team, then launched into his all-heart high school football homage “Boys of Fall,” including having legendary player Ben Roethlisberger come up to help him present the evening’s helmet.

“We were ready, the No Shoes Nation was readier,” Chesney said immediately after his sweat-soaked show. “They throw it at us, and it drives us even further. Whatever they give, we wanna give back, and man, that was some night out there. I got to do ‘When I See This Bar’ with Eric Church – and that’s always special because it says everything about what people like the No Shoes Nation find in the music. Even that horrible storm that had trees down didn’t blunt their enthusiasm in any way. It was crazy in Heinz Field.”

Kicking off the Corona Light-sponsored The Big Revival 2015 Tour with two sold-out shows in Nashville, the velocity of this 20-stadium 55-city trek has not slowed. With The Dallas Morning News proclaiming,