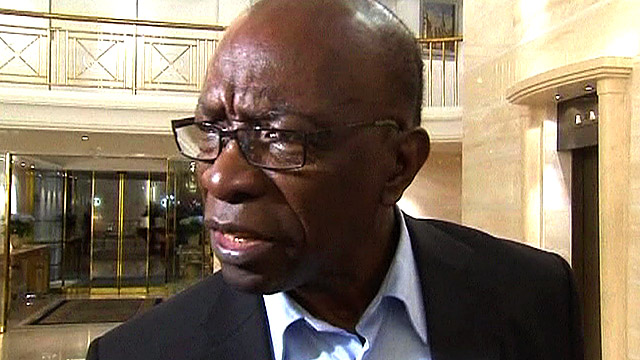 New York – South African officials paid more than $10 million (R120 million) in bribes to host the 2010 World Cup and handed over a briefcase stuffed with $10 000 stacks of banknotes in Paris, a US indictment alleged on Wednesday.

An indictment unsealed in New York alleges that former FIFA vice-president Jack Warner, 72, diverted a “substantial portion” of the funds for his personal use.

The document claims that Warner and his family cultivated ties with South African soccer officials dating back to the early 2000s and the country’s first and thwarted bid to host the World Cup in 2006.

“At one point,” the indictment alleges, Warner ordered an intermediary to fly to Paris and “accept a briefcase containing bundles of US currency in $10 000 stacks in a hotel room” from a high-ranking South African bid committee official.

The intermediary, who was identified in the indictment as co-conspirator 14, boarded a return flight within hours, carried the briefcase back to Trinidad and Tobago and handed it to Warner.

In the build-up to the 2004 FIFA vote on the 2010 host nation, a representative of the Moroccan bid committee offered to pay $1 million to Warner to secure his vote, the indictment alleges.

Warner purportedly informed Chuck Blazer, a former FIFA executive committee member, that “high-ranking officials of FIFA, the South African government and the South African bid committee” were prepared to make a $10 million bribe for their nation to win the bid.

As they were unable to make the payment from government funds, $10 million was sent from FIFA using funds that would otherwise have gone from FIFA to South Africa, the indictment claimed.

A FIFA official wired payments totaling $10 million in January and March 2008 from a FIFA account in Switzerland through New York to be credited into accounts controlled by Warner, the indictment says.

“Soon after receiving these wire transfers, the defendant Jack Warner caused a substantial portion of the funds to be diverted for his personal use,” the indictment alleges.

Warner, a citizen of Trinidad and Tobago, left FIFA in 2011 after being suspended by an ethics committee looking into corruption.

US citizen Blazer was allegedly promised $1 million of the bribe, but never received the full amount – collecting only $750 000 from Warner in payments made from 2008 to May 2011, court papers say.