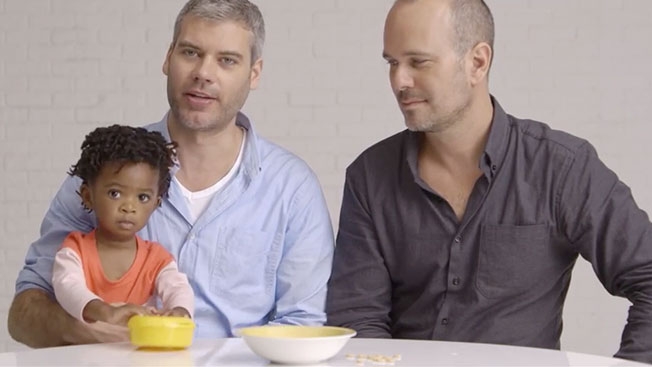 We are told that if we act in our own self interest, & someone gets offended in the process, that we have committed what amounts to a mortal sin. Worse still, is the fact that we are being forced to tolerate that which is intolerable, and embrace behaviours we know are morally wrong, by the single least tolerant group of people on the face of the earth-liberals.

Look at the issue of gay marriage and gay adoption.

Those of you who’ve taken a stand against either one of these issues publicly, know how it feels to be chastised as a homophobic hate monger, just for having an opinion.

If you’re unlucky enough to live & work in a major city, or worse still, have the misery of being forced to work alongside militant homosexuals with an axe to grind, as I do, then prepare to be confronted, spat upon & screeched at for wanting to preserve the traditional family unit.

I can’t tell you how many times I have been called evil or an extremist for coming out against homosexual exhibitionism, marriage, and adoption.

Am I an extremist when I state that a child raised in a gay family is exponentially more likely to be the victim of a sexual assault at the hands of his ‘parents’ and their friends, than one raised in a traditional family?

Am I evil for questioning the motivation of the Marxist establishment for facilitating such adoptions? the men for pursuing them? for caring about the welfare of children?

And before you claim this is an anti-gay piece; the EKP, the only place on the net you will find these sort of stories covered in the hostile manner they deserve –  we’re equally critical of the climate of political correctness that facilitated the thousands of incidents of child rape perpetrated by Pakistani Muslim heterosexuals in Rotherham and people of ANY race that abuse children. There’s PLENTY of colour-blind degeneracy to go around. In fact whites are statistically more likely to be homosexual, adopt homosexual, and support homosexual adoption, than any other race on the planet-something we are WELL aware of. (Good luck trying to sell Cheerios with this ad in Japan, India or the Mid East.)

That’s because there’s been a concerted effort made by our Marxist overseers not only to normalise deviant lifestyle, but encourage it.

The peddling of gay adoption and Cheerios, through one of the more deplorable advertising campaigns to come out of the US for some time, is a perfect example of this.

General Mills, via it’s ‘Cheerios ad team’ have decided its time we share a virtual breakfast with the non-traditional family pictured above.

Seems the happy, or should I say gay couple, “fell in love after just one wink” and decided that in order to “share their love to the fullest”, they needed to adopt a kid…and not any old kid would do! She had to tick a few boxes – otherwise what good would she be to them or General Mills?

So they found themselves a black, Islamic female baby.

And we are NOT joking.

“We aren’t quite sure if we are going to raise her Islamic yet, but we will certainly expose her to her beautiful spiritual culture once she is able to understand things better. Her parents were Nigerian Muslims living in South Africa we are told.  Andre told the Huffington Post.”

God – I mean Allah, bless ‘em. I am sure Mohammed and his ISIS representation, are happy with the adoption and the couple’s blessed relationship.

And instead of backlash at General Mill’s exploitative actions, the so-called conservative right have remained deafly silent. If gun rights or ones right to pray, smoke or listen to Kenny Chesney (pop country music) in public isn’t being impinged upon, then screw it I suppose.

The left on the other hand have been out in full force, celebrating the madness.

Mark Joseph Stern of Slate Magazine called the advertisement “adorable” and “worth celebrating”, Feminist rag Jezebel called it “the sweetest thing they’d ever seen”, and the Huffington Post wrote not one, but two whole articles on the advertisement.  (Remember these are the same Leftist scum that marginalise heterosexual fathers and their rights to see their children after a divorce.)

For argument’s sake – what if the family depicted in the commercial are in fact good people? They can after all undoubtedly give the lass a better environment than her Boko Haram parents can.

That’s beside the point.

If General Mills truly wanted to make a difference to non-traditional families, couldn’t they have depicted a divorced dad? I mean, do folks have any idea how hard it is for a dad to see his kids once his wife/partner decides to sever the relationships?

Unlike homosexual families, which account for less than 0.01% of the west’s families, divorced dads struggling to see their kids, are everywhere.

But that wouldn’t fit the Marxist narrative though, would it.

General Mills, the corporation responsible for the heinous advertisement, typically manufacture a family for their advertisements/commercials.

By manufacture, I mean they use a model mom, model dad and model kids-of a variety of races and ethnic backgrounds. They use model families as it enables them to depict the ideal. It also protects them from a real family’s behaviour and lifestyle choices.

And by using an actual family, General Mills have opened themselves up to whatever that family now gets up to in the upcoming years.

Last year, American citizen Mark J Newton, 42, and his partner Peter Truong, 36, used a falsified birth certificate, to adopt a six year-old Russian boy and take him to their home in Cairns in Queensland, Australia.

The couple flew to Russia over several months, visiting various adoption agencies & lawyers before filing the necessary paperwork to bring the child back to Australia.

The couple used falsified records they bought from their lawyer in Russia to demonstrate that the child, who spoke no English, was Newton’s (the smug degenerate white scumbag in the photo) biological son.

Over the next 18 months the wealthy couple travelled the globe, spending weeks at a time in luxury accommodation in Washinton DC, Cape Town, Los Angeles, San Francisco, Paris and Buenos Aries, where they are said to have sold the child for ‘evenings of sexual relations’ to local businessmen and government officials.

The men and their abused Russian child were named Fathers of the Year by the liberal establishment in Australia and featured in countless news shorts, ads and media features.

All before the men were vetted, anyone confirmed their reasoning for the adoption, bothered looking at the falsified certificates or bothered asking any proper questions. They literally gave these vile perverts the benefit of the doubt, solely due to the fact they were gay, and their story fit the 21st century Marxist narrative.

I wonder if the family in the Cheerios ad have a similar story to tell.