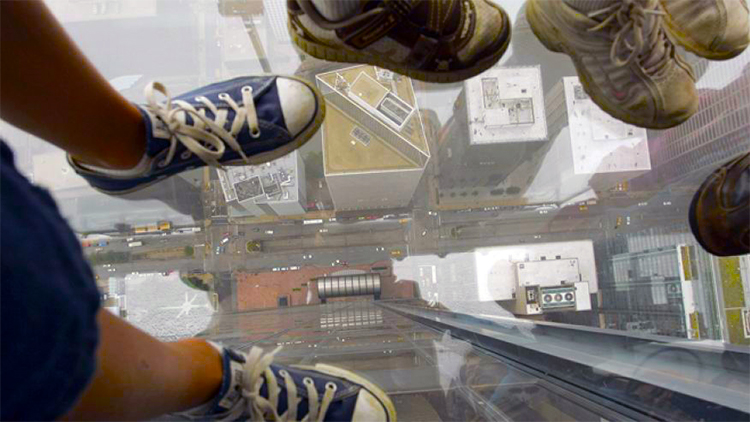 Alejandro Garibay, his brother and two cousins were visiting Chicago’s tallest building Wednesday night and decided to get some photos from The Ledge – a glass enclosure which looks down from 1,353 feet above the city. But when they stepped into one of the four glass enclosures, they say they felt the glass crack under their feet.

“So as we’re taking last-minute pictures, we’re sitting down on top of the deck. And maybe we were there for 30, 45 seconds, maybe a minute at most, and as we’re getting up to get out because they were soon to close, the deck just cracked beneath us,” Garibay said.

According to a spokesman with the Willis Tower, the glass deck didn’t crack. It was actually a protective coating on the glass that shattered.

“The Ledge was designed with a protective coating that completely covers all glass surfaces to protect against scratches,” spokesman Brian Rehme said in a statement. “This coating does not affect the structural integrity of The Ledge in any way. Occasionally, the coating will crack, as it is designed to in order to protect the surface of the glass.”

Skydeck Chicago is open Thursday and operating as normal while the protective coating is replaced.