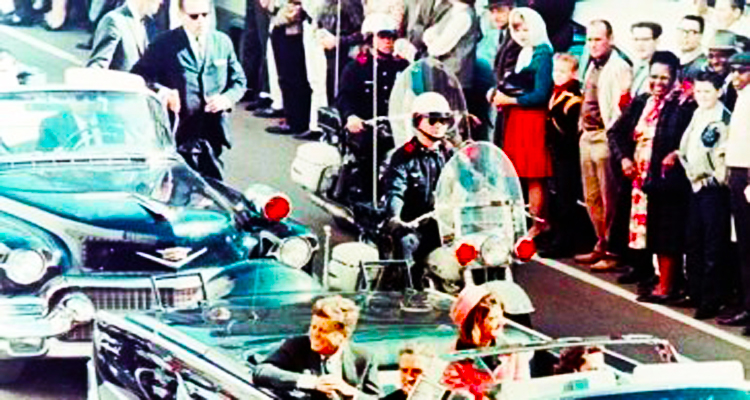 November 22nd, 1963 started off with the thrill of anticipation for Rev. Oscar L. Huber, a Catholic priest who served as Pastor at the Holy Trinity Church in Dallas, Texas. The first Catholic President of the United States, John F. Kennedy, was visiting town and would be passing not far from his church.
After watching the President’s arrival at the airport on TV, the priest walked down and witnessed the President and Jackie Kennedy drive by, smiling and waving as they passed. “It was a thrilling moment for me as I had never before seen a president of the United States,” the priest admitted in a letter addressed to Mr. Frank Jasek, that is housed at the W.R. Poage Legislative Library at Baylor University.
Rev. Huber, who died in 1975, was a native of Perryville, Mo where his parents were farmers. He joined the priesthood at age 40 as part of the Vincentian Order. After a series of appointments he arrived in Dallas as Pastor of Holy Trinity, one of the largest Catholic parishes in the city.
Father Huber recalled being in the church refectory having lunch after the exciting morning, when one of his associates learned from the television that the President had been shot and had been taken to Parkland Hospital, which was within the responsibility of Holy Trinity.
Soon, a phone call came from the hospital with a request from First Lady Jackie Kennedy asking that a priest come to administer to the spiritual needs of the President. Rev. Huber, along with an associate were on their way.
Father Huber described the scene: Rev. Huber admitted later the difficulty of maintaining his composure and later told the Dallas Times Herald that administering last rites to President Kennedy could only be compared to two other occasions – when he administered them to his father and his mother. Later that afternoon Father Huber fulfilled his promise to Mrs. Kennedy and offered a Requiem Mass for the repose of the President’s soul.
On Monday, a day that had been identified as a National Day of Mourning, the Pastor of Holy Trinity offered two masses at the church: a morning mass for the children of Holy Trinity students and at 5:40 a Solemn Requiem Mass. Holy Trinity was not alone in obsering that National Day Of Mourning. Rev. Huber describes that day in Dallas:

Permissions for materials used in this article were generously granted by the W. R. Poage Legislative Library from the Materials of Frank Jasek related to JFK and Father Oscar L. Huber.