National Cupcake Day For Kids With Cancer in S.Africa 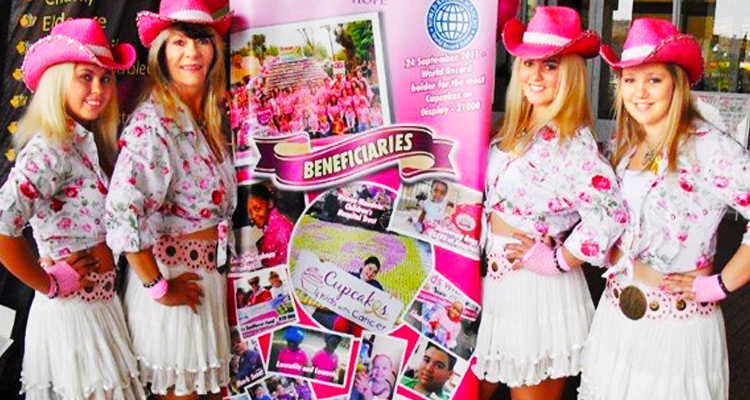 The Rodeo Girls recently appeared at a charity function titled, “National Cupcake Day 4 kids with Cancer” at the Kolonnade Retailpark Shopping centre in Pretoria South Africa. They were pleasantly surprised recently when they learned that the function and their photo’s appeared as a double page article, in the American Marketing Trendz magazine which is distributed in the United Kingdom, as well as Canada. Clive Bruce one of South Africa’s leading Country artists was also at hand to entertain the crowds. It was a very successful event and above all it was a fun day for all, the event was arranged by Ina Kotze, Marketing Manager for the Kolonnade Retailpark.

No Comments to National Cupcake Day For Kids With Cancer in S.Africa