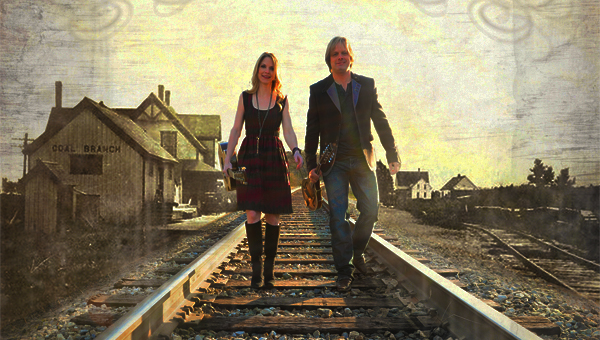 Radio is on board THE GYPSY RUNAWAY TRAIN.  Robert Weingartz, Chairman & CEO of AirPlay Direct considers THE ROYS “a true force of nature.  Beautiful music, strong songs and ultimately inspiring.”  Lee Michael Demsey of WAMU Radio and Bluegrass Unlimited loves THE ROYS’ singing, pickin’ and selection of material.  He says, “They get to the heart of a song like few others.”  Gracie Muldoon of WorldWideBluegrass calls GRT “freakin’ awesome,” and adds “CHOO CHOO, babies, CHOO CHOO!!”  Kingstown (UK) Radio’s Tom Robinson notes,”THE ROYS have come up with another delightful winning – top-rated – performance.  Great traditional feel, sounding so fresh and youthful for the younger listeners.”

The media is intrigued as well:
“GYPSY RUNAWAY TRAIN, a stone-cold winner for THE ROYS, in which ample evidence is presented to prove them still on an upward arc as singers and songwriters.” – David McGee, Deep Roots

“With their latest the duo only deepens longstanding flawless writing and playing assets, backed as always by solid session-eers.” – Mark S. Tucker, FAME

“THE ROYS further refine their special brand of Bluegrass.   Led by their perfectly in-synch dual lead vocals, sophisticated arrangements and well-constructed original songs, they have a smoother and more urbane edge to their music than most “traditional” bluegrass bands.” – Stephen Stone, Audiophile Review

“The entire album is a showcase for the clear-as-crystal harmonies of Elaine and Lee Roy that will leave you wanting more.  Ever since their debut album, THE ROYS have been on the right track.  It’s nice to see that at this point, they are going full steam ahead.” – Greg Victor, ParkBench.com

“Their new single is Bluegrass at its best, fast and furious. THE ROYS come out of the blocks in a hurry, and with some dazzling picking and fine lead vocals they produce the goods.” – Maurice Hope, R2 ROCK’n’REEL, UK

GYPSY RUNAWAY TRAIN is the third successful CD release for the siblings on Rural Rhythm Records.  In keeping with the theme that “good things come in threes,” the label has launched “The Rule of 3’s Contest.”  Fans who purchase the album at www.theroysonline.com in the next three weeks (beginning Monday, June 24 and ending on Sunday, July 14) will automatically be entered to win $300 worth of select music from the RRR catalog.  Limit one entry per person; winners will be notified via email.