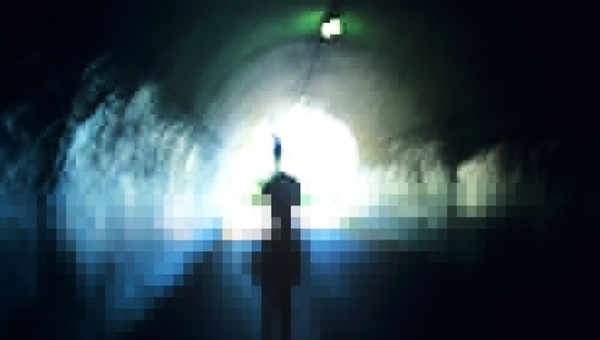 “It’s really something that stays in the mind of people as a clear trace, and it’s even more clear than a real memory,” said Vanessa Charland-Verville, a neuropsychologist in the Coma Science Group at the University of Liege in Belgium. She, along with colleagues, detailed the study online March 27 in the journal PLOS ONE.

Roughly 5 percent of the general population and 10 percent of cardiac-arrest victims report near-death experiences, yet no one really knows what they are, Charland-Verville told LiveScience.

Across cultures and religions, people describe similar themes: being out of body; passing through a tunnel, river or door toward warm, glowing light; seeing dead loved ones greet them; and being called back to their bodies or told it’s not time to go yet.

But what makes finding an explanation even more complicated is that healthy people in meditative trances and those taking hallucinogens, such as ketamine, describe very similar experiences, Charland-Verville told LiveScience. [Trippy Tales: The History of 8 Hallucinogens]

Because it’s impossible to monitor these events in real time, Charland-Verville and her colleagues spoke with those who had gone through these trancelike states, sometimes years earlier.

“People are transformed forever by the experience,” she said. “People say they’re more empathic, they changed jobs, they’re giving, they want to help the planet.”

The questions assessed people’s memories of imagined events as well as memories of near-death events, comas and emotional events from real life.

Even years later, the near-death experiences seemed hyperreal. In fact, they were remembered more clearly and emotionally than all other types of memories.

Charland-Verville speculates that these experiences have shaped religious symbols across cultures since the dawn of time. Now, the researchers want to study the brain activity of these individuals.

“If it changed people’s lives, there must be something different in their brain functioning,” she said.

The findings, though fascinating, can’t answer whether the mind and body can be separated, said Christian Agrillo, a cognitive psychologist at the University of Padova in Italy who was not involved in the study.

“But it seems to suggest that what people recall in that moment is particularly genuine,” Agrillo told LiveScience. “It’s not a false memory that occurs after the event.”

In addition, the study was small and asked people after the fact, making it tricky to draw firm conclusions, Zalika Klemenc-Ketiš, a physician at the University of Maribor in Slovenia, wrote in an email.

In addition, “the study does not answer the question of whether [near-death experiences] really happened to patients or are only hallucinations, (which can be also perceived as real),” Zalika Klemenc-Ketiš wrote.