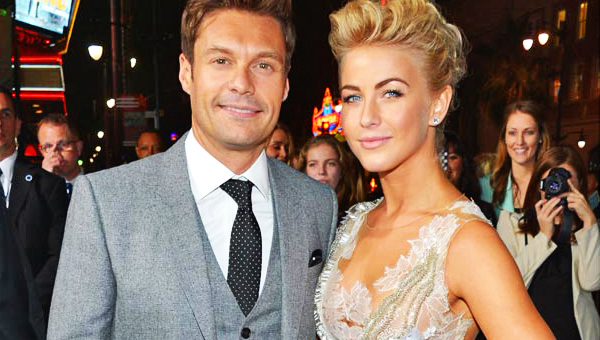 It’s reportedly splitsville for Julianne Hough and her boyfriend Ryan Seacrest, capping off what has been a pretty bad week for the gorgeous singer.

PEOPLE claims that the couple, who dated for over two years, are taking a break and living apart.

According to the publication’s intel, “busy work schedules” was cited as the cause of the split, and it’s always a reliable excuse when it comes to the dissolution of celebrity relationships.

Despite ending their romance, things sound amicable, since the source says the two incredibly good-looking stars remain friends and are in regular contact. Reps for Hough, 24, and Seacrest, 38, declined to comment on the romantic status of their clients.

What a rough week for Hough. We know, that rhymes, but there’s nothing jocular about it.

The singer, former ‘Dancing With the Stars’ beauty and Footloose’ actress had $100,000 dollars worth of jewelry thefted from her Mercedes this week. The items were gifts from Seacrest. Adding insult to injury is this breaking news that she and Seacrest, easily the hardest working man in show biz with his ‘American Idol’ hosting gig, his radio show and his production company, have gone their separate ways.

We doubt the fact that she (somewhat carelessly) left three pieces of pricy jewelry in her car while visiting a friend in Hollywood, only to be stolen, was the reason for the breakup, though.