If You Act Out A Scene U Have Performed The Scene 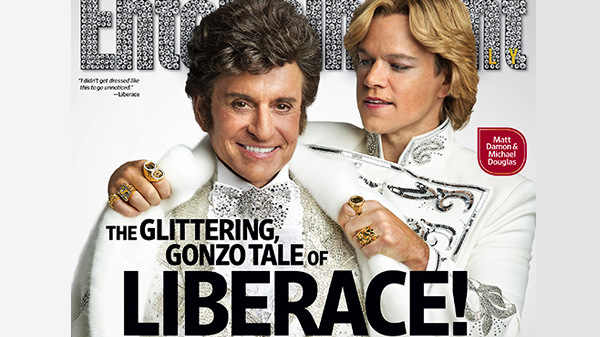 Yes, that really is Michael Douglas and Matt Damon under the prosthetic makeup, wigs, and crystal-trimmed suits — all part of their costumes for Behind the Candelabra, the new Steven Soderbergh-directed HBO movie (airing May 26) about the stranger-than-fiction romance between Liberace (Douglas) and his young lover, Scott Thorson (Damon) from 1978 to 1982. In this movie, Damon and Douglas do things they’d never done before onscreen.

I have always wondered how things work with actors, when they say the things they do in the movies does it really count or on judgement day do they say no, we did not really mean all those terrible things we said we were just acting. However when you are required to actually perform certain acts on film and say you are only acting out the part, then you are not only acting you are actually performing the act. How do you defend that. If an actor gets offered a role in a movie he will only accept it if he has no problem acting it out.  Well that is about all I can say as I don’t have the freedom of speech to speak my mind.

I know what you are thinking, whats wrong with me it’s only a movie well that’s fine you can believe that if you want, and think of me what you want, but in my mind I can still think what I want when I want.

I Will leave you with a question: Can You perform gay ACT’S and NOT BE gay ?

All voting is confidential

General News Comments Off on If You Act Out A Scene U Have Performed The Scene Print this News
Judy’s Notes: Royal Presidency Gone Wild (Newer)
(Older) Marty Martel Prayer Line For Saturday March 9