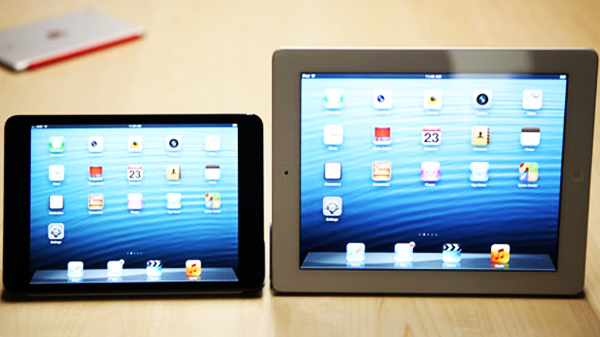 CANBERRA – Apple Inc has been ordered to appear before Australia’s parliament with fellow technology giants Microsoft Inc and Adobe Systems Inc to explain why local consumers pay so much for their products, despite the strong Aussie dollar.

Broadening a row between the world’s most valuable company and Australian lawmakers over corporate taxes paid on Apple’s operations, Apple executives were formally summonsed on Monday to front a parliamentary committee in Canberra on 22 March.

“In what’s probably the first time anywhere in the world, these IT firms are now being summoned by the Australian parliament to explain why they price their products so much higher in Australia compared to the United States,” said ruling Labor government MP Ed Husic, who helped set up the committee.

High local prices and soaring cost-of-living bills for basic services are hurting the popularity of the minority Labor government ahead of a September 14 election it is widely tipped to lose, giving political momentum to the inquiry.

All three companies have so far declined to appear before the special committee set up in May last year to investigate possible price gouging on Australian hardware and software buyers, despite the Australian dollar hovering near record highs above the US currency around A$1.03.

A 16GB WiFi iPad produced by Apple with Retina display sells in Australia for A$539, $40 above the price in the US, despite the stronger local currency. Microsoft’s latest versions of office 365 home premium cost A$119 in Australia versus $99.99 in the US.

IT firms and other multinationals have blamed high operating costs in Australia including high local wages and conditions, as well as import costs and the relatively small size of the retail market in the $1.5 trillion economy.

Failure to appear before the committee as ordered could leave all three firms open to contempt of parliament charges, fines or even jail terms.

“For some time consumers and businesses have been trying to work out why they are paying so much more, particularly for software, where if it’s downloaded there is no shipping or handling, or much of a labour cost,” Husic told Reuters.

Adobe and Microsoft have previously provided separate written statements and submissions to the inquiry. But executives have been reluctant to explain their pricing before a public inquiry.

Apple executives in Australia declined to comment when contacted by Reuters.

Price gouging in IT for hardware and software, Husic said, could be costing Australia’s more than 2 million small and medium businesses as much as $10 billion extra.

Husic took aim at Apple last week over local taxes paid by the company, telling parliament that Apple generated A$6 billion in revenue in Australia in 2011, but paid only A$40 million in tax – less than one percent of turnover.

“While they generated A$6 billion in revenue, they apparently racked up from what I understand A$5.5 billion in costs. How?” Husic said. “They do not manufacture here. They have no factories here.”

He accused Apple executives of maintaining a “cloak of invisibility”, while dodging scrutiny of operations.

Apple has been criticised elsewhere for its zealous secrecy.

“Ask anyone who has sought answers from them about their Australian operations and you will hear a common theme. They will not talk,” he said.