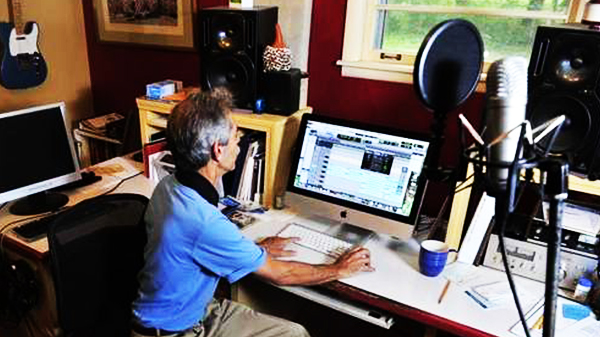 Language in a bill aimed at tidying up the city’s code to accommodate home recording studios has turned into a source of consternation for some Nashville musicians – the very folks its Metro Council sponsors are trying to help.

Dave Pomeroy, president of the Nashville Musicians Association, said he agrees with the intent of legislation that would add a new accessory use dubbed “home recording studio” to the city’s home occupation code. Council members Megan Barry and Ronnie Steine proposed the ordinance to authorize a practice many – thousands perhaps – are actively doing, even though it technically violates Metro’s codes.

This contradiction is especially unfitting for a place known as “Music City,” the proposal’s backers say.

Pomeroy, however, whose 2,500-member union didn’t learn about the proposal until the day it came up for a vote, doesn’t support several particulars in the bill, which the council agreed to defer voting on Tuesday to address some concerns in committee. That decision came after a public hearing in which musicians fell into both camps on the proposal.

Among the concerns of his group, Pomeroy said, is the bill’s “vague” definition of a recording studio itself, which can include a simple laptop. He also takes exception with the city’s existing home occupation code, which allows businesses no larger than 500 square feet – smaller than many studios. He added that it’s often difficult to pinpoint exactly where a studio ends and living quarters begin. Then there’s the issue of defining musicians recording “for business” as opposed to “hobbyists.”

“It’s a very complicated issue with a lot gray areas and a lot of drastically different circumstances,” said Pomeroy, a bass player who has a studio in his home. He claims songwriters organizations and other groups were late to learn of the ordinance as well. “Looking at the bill, it created a number of regulations that, to me, appeared to be somewhat arbitrary.

“If we’re going to pass legislation, it needs to be stuff that makes sense and is enforceable,” he said. “And if we’re going to try to impose regulations, they need to reflect reality.”

Under Metro law, residents can apply for home occupation permits to operate businesses from within their houses, but the code doesn’t allow patrons to visit for business purposes. Home-based recording studios, so long as musicians arrive there to produce and record, are thus prohibited.

The legislation at issue would allow no more than 10 or musicians at a recording studio per day, a figure some skeptics say is too low.

Barry, whose legislation has the recommendation of the Metro Planning Commission and backing of plenty of musicians in its own right, said there’s no rush on getting it approved. “We want to put together a bill that has the input the music industry,” she said. “We’re going to have discussions with all the folks who are interested and then make the necessary changes to the bill that are appropriate as we go forward.”

Following Tuesday’s meeting, she kicked off talks with the bill’s critics to begin working out kinks.

“Currently, it is illegal to have a recording studio in your home, and hundreds of musicians in Nashville have them,” Barry said. “We talk all the time about wanting to attract and create a place where creative people want to be. We don’t want to put any kind of impediment in front of them.”

The proposed legislation comes more than one year after a measure to accommodate all home-based businesses that welcome patrons – which former Councilman Mike Jameson had introduced – failed in the council by a 21-11 vote. Among those who led its opposition was Councilman Carter Todd, who is also against the at-home studio bill.

Todd told his colleagues the ordinance “came out of nowhere” and lacked input from the professional music community – something Barry disputes. He said he received calls from several members of the recording academy, who celebrated the Grammy nominations concert on Wednesday, and claimed they couldn’t attend the public hearing the previous night.

The Forest Hills-area councilman said his council district includes only a single commercial business. “My district does not want any home-based businesses,” Todd said, suggesting a better version of the bill could exempt certain council districts, similar to a recently approved backyard chicken ordinance.

“It’s a really difficult statute to draft, and for every page of the ordinance you write, you really need to write two more pages to define all the terms,” Todd said. “If you were going to do it right, it would probably be 100 pages long.”

Todd also questioned the fairness of allowing only one type of at-home business: “Is it fair to do something for recording studios without doing it for tax preparers, financial planning, swim lessons, planning lessons – all the other kind of things you might want to do from your home?

General News Comments Off on Nashville Bill To Ease Restrictions On Home Studios Print this News
Orphanage Too White for BEE Companies Donations (Newer)
(Older) Are You Giving Cash To Someone You Dont Know ?