America Saddened By The Recent Loss Of Icon 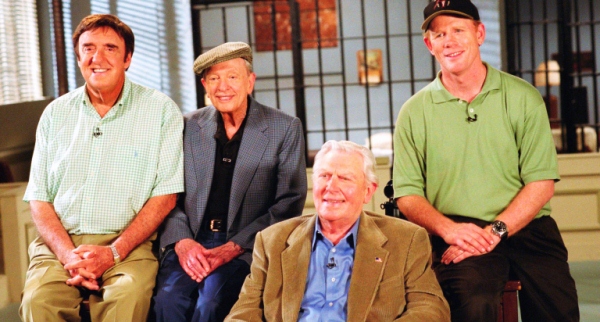 Actor Andy Griffith, who won the hearts of 1960s TV viewers with his role as gentle Sheriff Andy Taylor in “The Andy Griffith Show,” then returned as a 1980s country lawyer in “Matlock,” died Tuesday at 86,according to WITN-TV.

The news was reported to the North Carolina television station by Bill Friday, former president of the University of North Carolina and a Griffith friend. Griffith began his entertainment career with comic monologues and moved into movies, debuting in 1957’s “A Face in the Crowd” with Patricia Neal. But it was as the widower sheriff Andy Taylor on “The Andy Griffith Show” that he really made his mark. The show, which also starred a young Ron Howard as Griffith’s son Opie, and comedian Don Knotts as bumbling Deputy Barney Fife, ran from 1960-1968. Its setting, in the fictional small-town of Mayberry, became almost as famous as any one episode. Griffith returned to TV stardom in 1986 as Ben Matlock, a Southern lawyer. That show ran until 1995 and was seized upon by comedians as a punchline for its popularity with older Americans. In one “Simpsons” episode, a highway is renamed the Matlock Expressway so a town mayor can win the elderly vote. Griffith is survived by wife Cindi and his daughter Dixie. Son Andrew Jr., known as Sam, died in 1996.

Article by Gael Fashingbauer Cooper and sent in by Marty Martel

No Comments to America Saddened By The Recent Loss Of Icon