Let’s Remember The Country Greats Who Died In 2017 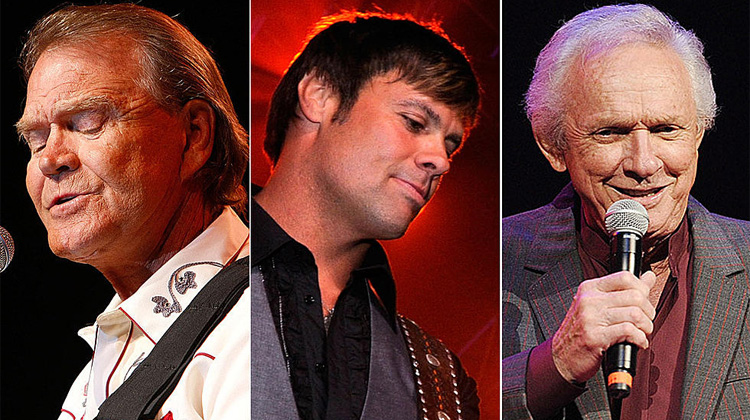 Let’s Remember The Country Greats Who Died In 2017

2017 saw the loss of several key figures in country music, and one of the most shocking deaths in recent memory.

The deaths in country music in 2017 included influential country songwriters, two members of the same legendary band and a number of celebrated musicians who were key players in the careers of other musicians. We also saw the loss of several all-time country greats who were elder statesmen of the genre, as well as the tragic early death of a country star who was considered a personal friend to many in country music.

Scroll through the photos below to look back on the lives and careers of all of the country artists who have died in 2017:

Rock and Southern music legend Gregg Allman died at his home in Georgia on May 27 at the age of 69. The Grammy-winning founding member of the legendary Allman Brothers Band died of liver cancer.

Sam Lovullo was instrumental in bringing Hee Haw to the airwaves. The TV producer and casting director died on Jan. 3 in California at the age of 88.

Singer-songwriter Greg Trooper wrote songs for a wide array of artists including Vince Gill, in addition to an active solo career. The 61-year-old performer died on Jan. 16 after a battle with pancreatic cancer.

Butch Trucks was a founding member of the Allman Brothers Band. The legendary drummer died on Jan. 24 at the age of 69 of a self-inflicted gunshot wound.

Multi-instrumentalist and horn player Don Markham made a huge contribution to the career of Merle Haggard. He played with Haggard from 1974 until 2013. Markham died on Feb. 24 at the age of 85.

Don Warden was a Steel Guitar Hall of Fame member and served as Dolly Parton’s manager for nearly five decades. He died on March 11 at the age of 87.

Former Nashville actor Powers Boothe died on May 14 died of natural causes at his home in Los Angeles. He was 68 years old.

PHOTO BY MILES SNYDER (VIA WBKR)

Moon Mullins, a Country Radio Hall of Fame inductee and the retired host of country radio’s WBKR morning show, died in May. His case of death has not been revealed.

Austin-based singer-songwriter Jimmy LaFave died on May 22 after battling cancer for a year. He was 61. LaFave was one of the 2017 inductees into the Oklahoma Music Hall of Fame.

Norro Wilson was one of Nashville’s most influential behind-the-scenes figures as a songwriter, producer and publisher. In addition to writing classics like “The Grand Tour,” he helped launch the careers of Keith Whitley and Shania Twain, among others. He died at the age of 79 on June 8 after a stay in hospice care.

Songwriter Geoff Mack, best-known for writing “I’ve Been Everywhere,” died on Friday, July 21, in Australia. He was 94 years old.

Singer-songwriter and guitarist Michael Johnson, a pop singer turned country hitmaker in the ’80s, died on July 25 at home in Minneapolis, Minn., after what’s described as “a long illness.” He was 72. His string of country hits included “I Know You by Heart,” “Give Me Wings” and “The Moon Is Still Over Her Shoulder.”

Glen Campbell, whose career encompassed music, movies and television, died on Aug. 8 after a long battle with Alzheimer’s. He was 81.

Jo Walker-Meador, former director of the Country Music Association, died on Aug. 16 at the age of 93 following a stroke. She helped spearhead the organization and bring it to prominence.

Country legend Don Williams died on Sept. 8 at the age of 78 after a brief illness. His hits included “Good Ole Boys Like Me,” “Till the Rivers All Run Dry,” “It Must Be Love,” “I’m Just a Country Boy,” “Amanda” and “I Believe in You.”

Mark Selby, the songwriter behind the Dixie Chicks’ “There’s Your Trouble” and Kenny Wayne Shepherd’s “Blue on Black,” died after a battle with cancer on Sept. 18 at the age of 56.

Songwriter Kenny Beard died on Oct. 1 from natural causes. His age was not reported. He wrote songs for Trace Adkins and Tracy Lawrence, and his hits included “As Any Fool Can See,” “Big Time,” “If The World Has a Front Porch” and “The Rest of Mine.” He’s also the writer behind Aaron Tippin’s signature hit,“Where the Stars and Stripes and Eagle Fly,” along with tracks recorded by Jeff Bates and Clay Davidson.

Mel Tillis, whose career spanned performing, songwriting, movies and television, died on Nov. 19 after a long battle with intestinal issues. He was 85 years old.

Jim Nabors, best known as Gomer Pyle on the Andy Griffith Show, died on Nov. 30 at the age of 87. His career spanned work on television and a rich catalog of music, including a stint in country music. Nabors appeared at the Grand Ole Opry and visited Nashville with friend Minnie Pearl.
Artists Remembered Comments Off on Let’s Remember The Country Greats Who Died In 2017 Print this News
Songs That’ll Put a Little Country in Your Christmas (Newer)
(Older) Gwen Stefani’s Early Christmas Present Is Blake Shelton