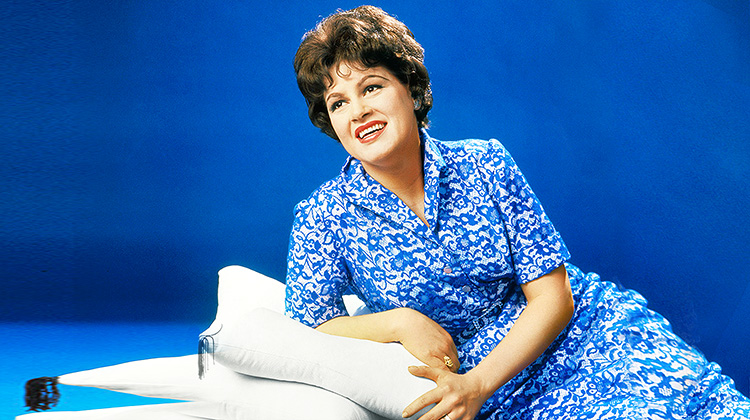 Arguably one of the greatest voices in country music,

As a tribute to Patsy, the American Masters series is honoring the country legend—who died in a plane crash 54 years ago on March 5, 1963, at the age of 30—with the world premiere of Patsy Cline: American Masters.

The documentary, narrated by Rosanne Cash, began premiering on March 4 on PBS (check local listings) as part of Women’s History month and features some of country’s leading ladies speaking about Patsy’s legacy, including LeAnn Rimes, Reba McEntire, Mickey Guyton, Wanda Jackson and Kacey Musgraves. “She came through it—the car wreck, the bad marriage, the poverty that she lived in, having to quit school and go to work. All of those things made her what she was,” Reba says about the icon.

The American Masters series, in its 31st season, examines the roots of Patsy’s impact in both personal and cultural terms to highlight how she arrived at a pivotal moment in the evolution of American culture and, with Decca Records producer Owen Bradley, synthesized country, pop and rock in a new way to create the Nashville Sound.

“It’s been such a privilege to tell the story of Patsy Cline. For me, her story exceeds her musical accomplishments. She is in a rare class of women who simply set out to achieve their dreams and through those efforts left an indelible mark,” said Emmy-nominated director and producer Barbara J. Hall.

The production highlights Patsy’s performances of classic songs such as “Walkin’ After Midnight,” “I Fall to Pieces,” and “Crazy.” Patsy, who was known as a pioneer for women in the ’50s, broke down barriers for female artists like Barbara Mandrell, Reba McEntire, Trisha Yearwood, Martina McBride, Faith Hill, Carrie Underwood, Miranda Lambert and many more to carve out country music paths of their own. “It would have been amazing to have seen how she would’ve developed,” said Wanda Jackson in the documentary. “We got cheated out of that.” Indeed we did.