Winston Churchill Speaks On Islam Back In 1899 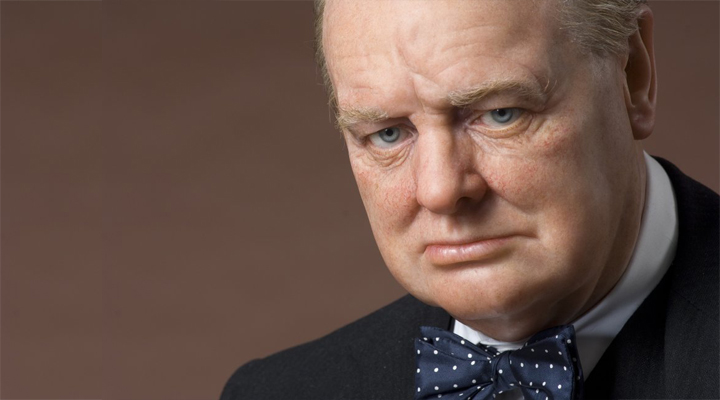 Winston Churchill Speaks On Islam Back In 1899, just about the same time as the Queen declares War On the Boer Republics of The Transvaal and Orange Free State.

“Individual Muslims may show splendid qualities, but the influence of the religion paralyses the social development of those who follow it.  No stronger retrograde force exists in the world.”

This is amazing.  Even more amazing is that this hasn’t been published long before now.

Unbelievable, but the speech below was written in 1899… (check Wikipedia – The River War).
The attached short speech from Winston Churchill, was delivered by him in 1899 when he was a young soldier and journalist.  It probably sets out the current views of many, but expresses in the wonderful Churchillian turn of phrase and use of the English language, of which he was a past master.  Sir Winston Churchill was, without doubt, one of the greatest men of the late 19th and 20th centuries.
He was a brave young soldier, a brilliant journalist, an extraordinary politician and statesman, a great war leader and British Prime Minister, to whom the Western world must be forever in his debt.  He was a prophet in his own time.  He died on 24th January 1965, at the grand old age of 90 and, after a lifetime of service to his country, was accorded a State funeral.
HERE IS THE SPEECH:

“How dreadful are the curses which Mohammedanism lays on its votaries!  Besides the fanatical frenzy, which is as dangerous in a man as hydrophobia in a dog, there is this fearful fatalistic apathy.  The effects are apparent in many countries, improvident habits, slovenly systems of agriculture, sluggish methods of commerce, and insecurity of property exist wherever the followers of the Prophet rule or live.
A degraded sensualism deprives this life of its grace and refinement, the next of its dignity and sanctity.  The fact that in Mohammedan law every woman must belong to some man as his absolute property, either as a child, a wife, or a concubine, must delay the final extinction of slavery until the faith of Islam has ceased to be a great power among men.
Individual Muslims may show splendid qualities, but the influence of the religion paralyses the social development of those who follow it.  No stronger retrograde force exists in the world.  Far from being moribund, Mohammedanism is a militant and proselytizing faith.  It has already spread throughout Central Africa, raising fearless warriors at every step; and were it not that Christianity is sheltered in the strong arms of science, the science against which it had vainly struggled, the civilization of modern Europe might fall, as fell the civilization of ancient Rome …”
Sir Winston Churchill; (Source: The River War, first edition, Vol II, pages 248-250 London).
Churchill saw it coming……
The above is an email received by Herman Holtzhausen and forwarded to WHISNews21 for publication.

So the Clintons weren’t so bad eh? Some Say!

So the Clintons weren’t so bad eh? Amazing how much everyone has forgotten!  If you’reRead More

Here is a little something to help you deal with your stress today, Barbara BlevinsRead More

No Comments to Winston Churchill Speaks On Islam Back In 1899