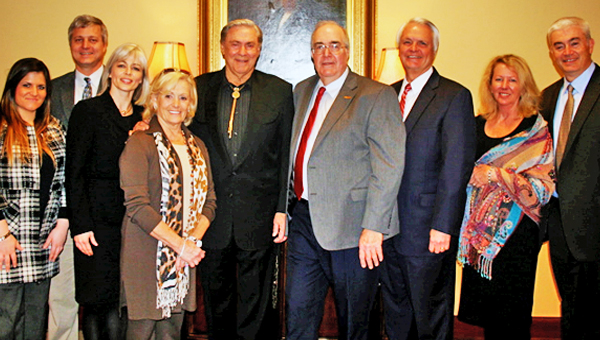 The resolution honored and celebrated Jim Ed Brown on his magnificent career and countless accomplishments in country music; including 50 years as a member of the Grand Ole Opry, and expressed their best wishes to him for continued successand happiness.

Jim Ed Brown’s career has made him one country music’s most successful artists, first with his sisters Bonnie and Maxine as the Browns’, then as a solo artist, and an award winning duet career with Helen Cornelius.

He has received country music greatest awards during his most prestigious and continuous career, which has bestowed on him the title of “Legend.”

Jim Ed together with his family and friends gathered to celebrate this very special presentation to highlight his platinum career, which continues to gather worldwide recognition by the country music industry, his fans, and now the Tennessee State Senate.

Jim Ed is one of the music’s leaders and he continues his career that seems endless. Jim Ed Brown accepted this resolution that honor’s him for the many years of great achievements as one that he will cherish throughout his life.