Hackers How To Re Route All Cars To Nashville 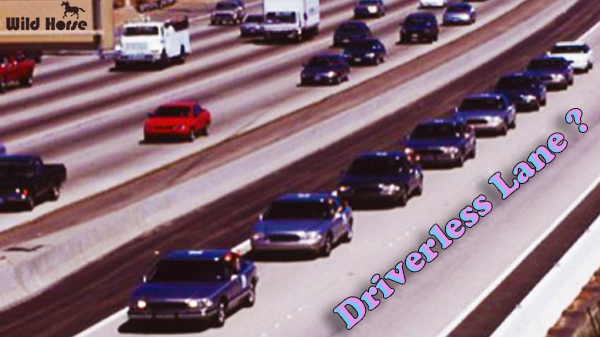 01  October 2012:  The US state of California has officially declared that driverless vehicles will  now legally be allowed to drive on public roads.  This new technological  development presents a number of far-reaching consequences for the insurance  industry, which South African insurers and underwriters must start considering  in the event that the technology becomes legal here as well.

This  is according to Warwick  Scott-Rodger, Regional Manager: Gauteng at  MUA Insurance Acceptances, who says experts believe  that due to the system’s accuracy, driverless vehicles could help reduce the  number of fatalities that occur on the roads daily.
“The extent of motor  vehicle accidents remains a serious problem in South Africa and is most often  the result of human error. Consequently, a driverless system could help to  eradicate careless and negligent driving behaviour, thereby reducing the number  of accidents. If this is the case, and fewer accidents occur, then the cars  could also be built lighter, allowing for less fuel  consumption.”


Scott-Rodger  says if the risks posed by driverless vehicles do prove to be  less  than those posed by traditional vehicles, the insurance premium charged should  also reduce.  “In theory, this would make the industry even more  competitive, forcing insurance companies to include additional value added  services to make their respective offerings more attractive.
However, while  the traditional risks posed by driver vehicles may be substantially mitigated,  the reality is that it will take a long time for cars to be introduced with the  new driverless system and to be able to drive the streets with absolute  autonomy. Compatibility  of all vehicles to enable constant cross communication with each other is the  crux here as otherwise the sizeable benefits offered by such a system would soon  to be obsolete”
“As  a result, a major concern for any insurance company that opts to provide a  reduced premium in response to  the driverless system being implemented is that a sluggish take up of this  technology would mean that the risks posed by other drivers on the roads would  remain as rife as before.”
Scott-Rodger  says even with a high take-up of driverless vehicles, the introduction of such  technology would mean insurance contracts would certainly have to be revisited. “With an insurance policy being a contract between the insurer and the insured,  certain terms and conditions may need to be tweaked in order to ensure that  comprehensive cover is not compromised.”

“Exclusions  such as driving under the influence of alcohol may no longer need to be applied.  However, one of the most  contentious legal issues may be that of third party claims. The fact that you  are no longer driving the car, but rather the car is driving itself raises a  number of questions: Can someone still be sued in his or her personal  capacity?
Would the owner or driver of the vehicle now assume the negligent  position of the vehicle? The qualifying criteria for negligence to exist  may now have to question: would the reasonable person (vehicle) have foreseen  the consequence of his/her (its) actions, would the reasonable vehicle have  taken the necessary steps to safeguard against this consequence, and lastly did  this vehicle take the necessary steps to safeguard against such a  consequence?”

Scott-Rodger  says the introduction of this new mode of transport would also require transport  laws to be revised.  “This will include legislation regarding speaking on  the cell phone whilst driving, licensing of vehicles and drivers, as well as the  possible impact on claims submitted against the Road Accident  Fund.” “The  principle behind driverless technology is very positive and so far the  technology appears to be proving a success. However, the phasing in of this type  of technology will take a long time, especially in emerging markets where older  cars remain on the roads for far longer,” concludes Scott-Rodger.
-Ends-

Will Microsoft now be fined for computer crashes and not the former drivers who are soon to become passengers with little or no control over the vehicle’s software limitations.

A WHISNews21 report from the future:

A family of four died this morning as their vehicle’s hard drive crashes after failing to take a left turn on a right turn highway off ramp…….The computer company was the first to arrive at the accident scene. Unfortunately the ambulance was late due to a computer upgrade……. A 56 year man and his family narrowly escaped death as their on board computer prompted the man to reboot his computer while travelling on busy road at 60 miles per hour. Luckily for the family the 14-year-old son used his cell phone to over ride the vehicles controls and managed to bring the vehicle to a stop. Apparently the computer game the Son was playing at the time “Street Racer” was compatible with the vehicles controls……..The authorities are very concerned about the amount of vehicles being left abandoned on the side of the road. A survey had revealed that most of the vehicle owners just cannot afford the absorbent monthly service fees being charged by the computer companies to keep their vehicle computers upgraded and serviced……In one of America’s biggest states bicycle sales have skyrocketed, it is estimated that over 150 millions people now use bicycles for transport to and from work…… Well it’s a sunny day, with lot’s of rain, not a cloud in the sky and snow can be expected in about 2 minutes. Have a wonderful day, if you can…..

General News Comments Off on Hackers How To Re Route All Cars To Nashville Print this News
WHISNews21 Welcomes Jim Rose Latest News (Newer)
(Older) Petes Weekly: They Are Hacking Watch Your Back