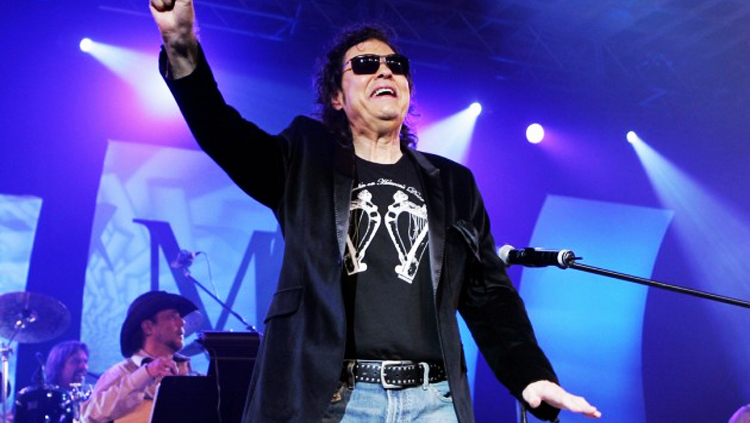 Milsap, 71, and Wiseman, 89, were both on hand to receive their bronze medallions. Cochran, who passed away in 2010, was inducted posthumously for his contributions to country songwriting, which included ‘She’s Got You,’ ‘I Fall to Pieces,’ ‘It’s Not Love (But It’s Not Bad),’ ‘Ocean Front Property’ and many, many more.

Jim Lauderdale, Charlie Daniels, Vince Gill, Alison Krauss, Gene Watson, Sam Moore of Sam & Dave, Hunter Hayes and Martina McBride performed musical tributes to all three artists, with highlights including Gill and Moore performing Milsap’s ‘Lost in the Fifties Tonight,’ McBride singing ‘(I’d Be) A Legend in My Time’ and Krauss’ renditions of Cochran’s ‘Make the World Go Away’ and ‘Don’t Touch Me.’

Former CMA Executive Director Jo Walker-Meador presented Wiseman with his medallion, and she praised his contributions in helping to form the CMA. “He gave not only ideas, but he did the work, as well,” she told the crowd (quote via CMT). “He was invaluable to me [because] I knew nothing about country music then.”

Bobby Bare presented Cochran’s widow, Suzi, with his medallion, while Brenda Lee gave Milsap his award, standing in for Reba McEntire, who was forced to bow out of the ceremony at the last minute after the death of her father.

“To be inducted by the great Brenda Lee is the best it’ll ever get,” Milsap said, then went on to thank his producer Tom Collins, manager Burt Stein and Jerry Bradley, who signed him to RCA Records.

In keeping with tradition, the invitation-only medallion ceremony concluded with the assembled performers and audience joining together to sing ‘Will the Circle Be Unbroken.’

According to its website, the Country Music Hall of Fame inducts three new members each year “to recognize significant contributions to the advancement of country music by individuals in both the creative and business communities