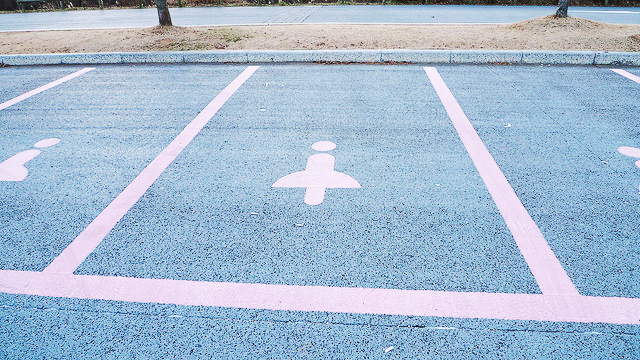 NBC reports: “The spots are longer and they’re wider and they are marked with bright pink outlines and figures. Believe it or not, the so-called ‘she spots’ are part of a government initiative to make Seoul more female friendly.”

Motoring reports the South Korean government will be spending about $100 million on a “Women-Friendly Seoul” project. Part of that $100 million went toward the parking spots.

The assistant mayor of Women and Family Affairs at the Seoul Metropolitan Government told The Korea Times: “It is like adding a female touch to a universal design and make things more comfortable for women.”

But not everyone is so impressed with South Korea’s attempts at making society more woman-friendly.

The Huffington Post began a story with the words, “And now for the latest news from the world of staggeringly patronizing things.”

And a writer for Metro writes: “Are women worse drivers than men? South Korea certainly seems to think so. … Not at all patronizing.”

However, South Korea isn’t the only country with gender-specific parking spots.

ABC reports a town in Germany designated both men-only and women-only parking spots in 2012.