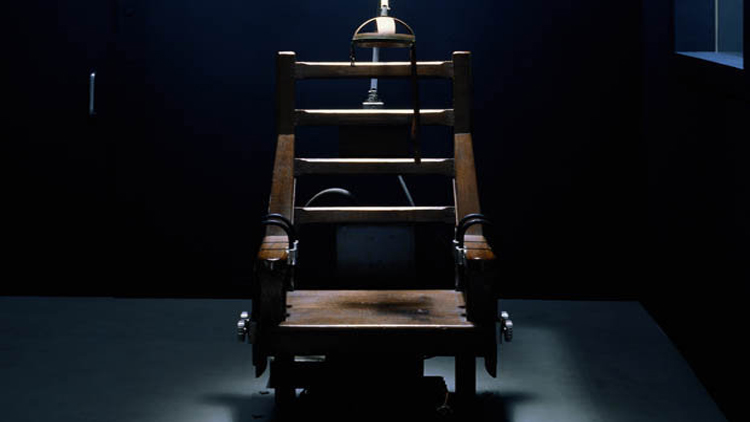 NASHVILLE, Tenn. (AP) – Tennessee has decided how it will respond to a nationwide scarcity of lethal injection drugs for death-row inmates: with the electric chair. Republican Gov. Bill Haslam signed a bill into law Thursday allowing the state to electrocute death row inmates in the event prisons are unable to obtain the drugs, which have become more and more scarce following a European-led boycott of drug sales for executions. Tennessee lawmakers overwhelmingly passed the electric chair legislation in April, with the Senate voting 23-3 and the House 68-13 in favor of the bill.

Richard Dieter, the executive director of the Death Penalty Information Center, said Tennessee is the first state to enact a law to reintroduce the electric chair without giving prisoners an option.

“There are states that allow inmates to choose, but it is a very different matter for a state to impose a method like electrocution,” he said. “No other state has gone so far.”

Dieter said he expects legal challenges to arise if the state decides to go through with an electrocution, both on the grounds of whether the state could prove that lethal injection drugs were not obtainable and constitutional protections against cruel and unusual punishment.

A Haslam spokesman confirmed to The Associated Press that the governor had signed the measure Thursday evening, but offered no further comment.

Republican state Sen. Ken Yager, a main sponsor of the electric chair measure, said in a recent interview that he introduced the bill because of “a real concern that we could find ourselves in a position that if the chemicals were unavailable to us that we would not be able to carry out the sentence.”

The decision also comes as lethal injection is receiving more scrutiny as an execution method, especially after last month’s botched execution in Oklahoma. In the Oklahoma case, inmate Clayton Lockett’s vein apparently collapsed and he suffered a fatal heart attack 43 minutes after the process began.

Concerns about lethal injection have risen at a time when Tennessee and many states – including Oklahoma, Missouri and Texas – obtain execution drugs in secret from unidentified compounding pharmacies. Death penalty opponents say the secrecy raises the risk of something going wrong.

Haslam’s signing of the electric chair bill Thursday also came on the same day that the U.S. Supreme Court issued a rare last-minute stay of an execution for death row inmate Russell Bucklew in St. Louis. The justices directed a lower court to take another look at the case.

The Supreme Court did not specify its reasons, leaving open the question of whether the ruling shows a growing weariness of lethal injection in general or trepidation specifically about Bucklew’s medical condition, which affects his veins.

As for the electric chair, a Vanderbilt University poll released this week found that 56 percent of registered voters in Tennessee support its use, while 37 percent are against it.

Previous Tennessee law gave inmates who committed crimes before 1999 the choice of whether they wanted to die by electric chair or lethal injection. The last inmate to be electrocuted was Daryl Holton, a Gulf War veteran who killed his three sons and a stepdaughter with a high-powered rifle in Shelbyville garage in 1997. He requested the electric chair in 2007.

A provision to apply the change to prisoners already sentenced to death has also raised a debate among legal experts.

Nashville criminal defense attorney David Raybin, who helped draft Tennessee’s death penalty law nearly 40 years ago, has said lawmakers may change the method of execution but they cannot make that change retroactive. To do so would be unconstitutional, he said.

Supporters of the bill requested a legal opinion from state Attorney General Bob Cooper, who said the law would pass constitutional muster, but there was no guarantee it would not be challenged in court.

Billy Ray Irick, who was convicted of murdering a 7-year-old Knoxville girl he was babysitting in 1985, is the next death row inmate scheduled to be executed, on Oct. 7.

Thirty-two states have the death penalty, and all of them rely at least in part on lethal injection. Fewer than a dozen regularly carry out executions, among them Alabama, Arizona, Florida, Georgia, Mississippi, Missouri, Ohio, Oklahoma, Virginia and Texas, which leads the country. The federal government also uses lethal injection but rarely carries out executions.

The Supreme Court has never declared a method of execution unconstitutional on the grounds that it is cruel and unusual. It upheld the firing squad in 1879, the electric chair in 1890 and lethal injection in 2008.

The court made it clear over the years that the Eighth Amendment prohibits inflicting pain merely to torture or punish an inmate, drawing a distinction between a method like electrocution and old European practices such as drawing and quartering. The Constitution prohibits “unnecessary and wanton infliction of pain,” the court said in 1976.

First used by New York State in 1890, the electric chair was employed throughout the 20th century to execute hundreds and is still an option in eight states. Since 1976, 158 inmates have been executed by electrocution. It was considered humane when it was first introduced but has resulted in many horrific executions over the years.