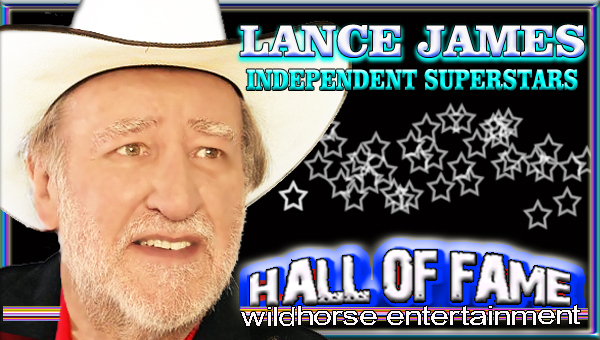 Lance James holding the award received from the IDSS Hall Of Fame.

Biography of Lance James: Lance James is a versatile performer who specialises in corporate functions, concerts, cabaret, dances, barn-dances, weddings, shopping centres and in-store promotions. He has been in show business for more than 50 years, and is considered as one of the top entertainers ever in South Africa who has an excellent rapport with his audiences. His awards are too many to list but include 2 ATKV Honorary Awards for his contribution to music in South Africa. He has also received a Beeld Award for contribution to Afrikaans music, a Solidarity Award for his contribution to music, 6 Sarie Awards, several awards for “Best Album of the Year”, and recently the “Vonk Music Magazine” Life Time Achievement Award (2007). Lance has appeared on numerous top TV shows which include “Dis Hoe Dit Is”, “Kwêla”, “Noot vir Noot”, “Good Morning Live”, just to name a few. On radio, Lance started broadcasting in 1954 and is still on the air on “Radio Today” 14.85 MW He has made concert appearances in virtually every town and city in South Africa, he has appeared in schools, church halls, city halls and in the top venues e.g Sun City Superbowl, The Carousel, Emperors Palace, Champions, Carnival City, Graceland, Emerald Casino, Thaba Nchu, The Ridge and Marula Sun just to name a few, for the top companies in South Africa. Lance has also appeared in England, Ireland, Spain, Germany and the USA. Lance has about 70 recorded albums to his credit, most recently “One Day at a Time” gospel (2005), “50 Goue Jare” (2006), to celebrate 50 years in music, and in 2007 he released a “live” DVD “50 Goue Jare”. He also appears on “Toeka 2” (2006) and “Country Legends” (2007) and “Ek Sing vir jou Bles” (2007) DVD. His latest double CD “It is No Secret” was released mid February 2008 and ‘Nader my God” released in May 2008. Lance has been a constant seller all these years. He is a class performer, and always in great demand for appearances throughout South Africa. His energy, passion and love of entertaining knows no bounds. “Big Daddy” Lance James, well-known and versatile entertainer, celebrated, with great pride, his 50th Golden Anniversary in the Music Business in South Africa, in 2006.