“Roger Woods” Inducted Into The IDSS Hall Of Fame 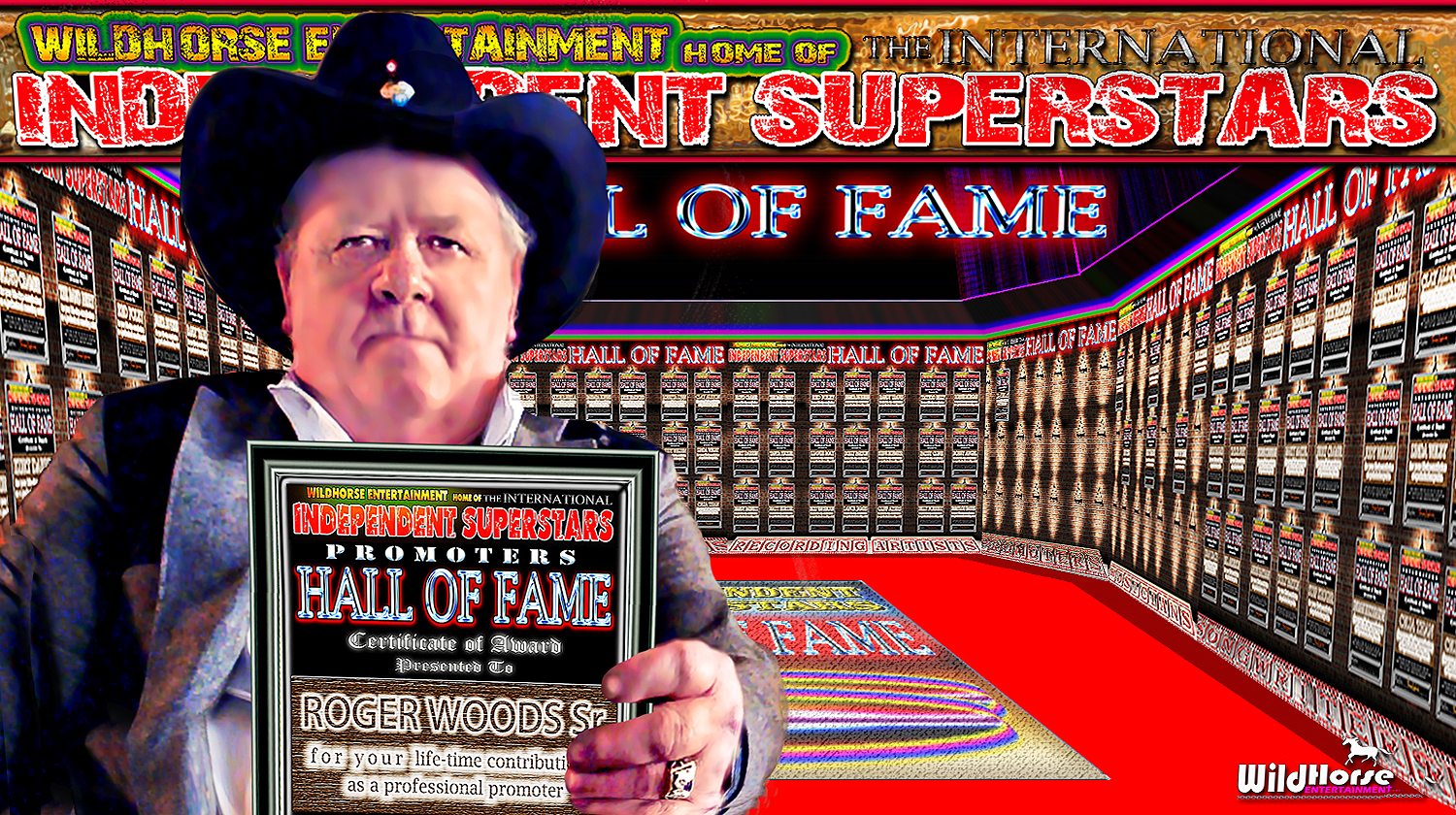 Roger Woods Sr is the latest Promoter, to be inducted into the Independent Superstars “Promoters” Hall of Fame. Frans Maritz of Wildhorse Entertainment officially signed the certificate placing Roger Woods Sr  into this prestigious organization located in South Africa. Roger has the distinct honor of being inducted into the IDSS Hall of Fame for his lifetime contribution to the Independent Music Industry. Roger is seen holding his award in the picture above while visiting the Promoters Room at the Animated Hall Of Fame, confirming his induction into the HALL OF FAME. Roger had this to say about his induction, “I am very happy to be receiving an induction.” Roger Woods Sr

Growing up in the farm belt in the middle of the country’s rice industry created a man of many accomplishments as a result of developing hard working ethics, a sincere nature guided by a belief in a higher power to help your neighbor, and having some success fueled many of his next career moves. His loving family supported Roger to become a Crop Duster Pilot and years later a serious crash put a slight crimp in his plans! When one door closes another will open and Roger’s earlier days, spent with family at popular entertainment clubs spurned a desire to help artists succeed in the music industry.

Roger’s cousin, Joe Lewis, was an accomplished songwriter who wrote songs for Conway Twitty and played bass in his band. Roger always liked Joe’s song, Hello Darlin’. Well this was just the start, as there were many popular artists that Roger met that shaped his interest and they include Charlie Rich, Jerry Lee Lewis and Mickey Gilley. He heard some great music from the band members too, including Owen Bloodworth, cousins’ Paul Holder and Jerry Bell to name just a few! Music was part of their life and clubs such as Bob King’s “King Capri and the BNI Club, Porky’s Roost Top, the Silver Moon Club were places that Roger’s interest deepened spending much time with family and friends! Roger’s love for country music artists has taken “flight” with artists that  reenergized their careers.   Roger’s engines are humming now as Freddie Hart’s 372nd recorded song, “Let’s Witness For The Lord” took the top of the AirplayExpress gospel charts, a #1!  Fraser Newcombe from Nova Scotia, an already accomplished performer in Canada, is moving up the chart as well and looking forward to his return to a show in the United States in September in Willow Springs, Missouri with Eric Lewis , a talented Bluegrass career musician and founder of the George D Hay Society (preserving the original Grand Ol Opry founder); along with Judy Haney who is a two time award winner at the National Country Music Award festival in Pigeon Forge, TN.    Long term artist, Connie Hall from Wisconsin has unleashed her well written gospel music recently and has it now available at all of the most popular retailers like Amazon and Itunes etc.  Life is living music for Roger Woods and he is enjoying it!  RogersMusicPromotions.com is the place to look for more information!

Hall Of Fame Comments Off on “Roger Woods” Inducted Into The IDSS Hall Of Fame Print this News
Gospel Top20 @11am Nashville NBRN.FM (Newer)
(Older) Country Top40 Airs on Nashvilles NBRN.FM 11am