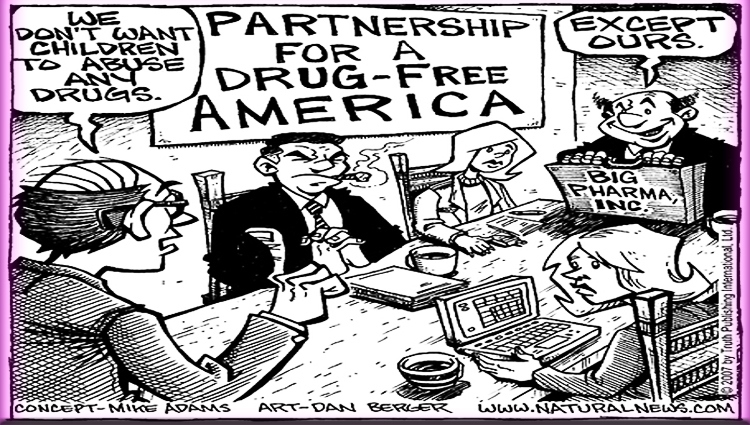 A Johns Hopkins scientist has issued a blistering report on influenza vaccines in the British Medical Journal (BMJ). Peter Doshi, Ph.D., charges that although the vaccines are being pushed on the public in unprecedented numbers, they are less effective and cause more side effects than alleged by the Centers for Disease Control and Prevention (CDC). Further, says Doshi, the studies that underlie the CDC’s policy of encouraging most people to get a yearly flu shot are often low quality studies that do not substantiate the official claims.

Promoting influenza vaccines is one of the most visible and aggressive public health policies in the United States, says Doshi of the Johns Hopkins School of Medicine. Drug companies and public officials press for widespread vaccination each fall, offering vaccinations in drugstores and supermarkets. The results have been phenomenal. Only 20 years ago, 32 million doses of influenza vaccine were available in the United States on an annual basis. Today, the total has skyrocketed to 135 million doses.

“The vaccine may be less beneficial and less safe than has been claimed, and the threat of influenza seems to be overstated,” Doshi says.

Mandatory vaccination polices have been enacted, often in healthcare facilities, forcing some people to take the vaccine under threat of losing their jobs. The main assertion of the CDC that fuels the push for flu vaccines each year is that influenza comes with a risk of serious complications which can cause death, especially in senior citizens and those suffering from chronic illnesses. That’s not the case, said Doshi.

When read carefully, the CDC acknowledges that studies finding any perceived reduction in death rates may be due to the “healthy-user effect” — the tendency for healthier people to be vaccinated more than less-healthy people. The only randomized trial of influenza vaccine in older people found no decrease in deaths. “This means that influenza vaccines are approved for use in older people despite any clinical trials demonstrating a reduction in serious outcomes,” says Doshi.

Even when the vaccine is closely matched to the type of influenza that’s prevalent, which doesn’t happen every year, randomized, controlled trials of healthy adults found that vaccinating between 33 and 100 people resulted in one less case of influenza. In addition, says Doshi, no evidence exists to show that this reduction in the risk of influenza for a specific population — here in the United States, among healthy adults, for example — extrapolates into any reduced risk of serious complications from influenza, such as hospitalizations or deaths, among seniors.

“For most people, and possibly most doctors, officials need only claim that vaccines save lives, and it is assumed there must be solid research behind it,” says Doshi. Unfortunately, that’s not the case, he says.


Although the CDC  implies that flu vaccines are safe and there’s no need to weigh benefits against risk, Doshi disagrees. He points to an Australian study that found one in every 110 children under the age of five had convulsions following vaccinations in 2009 for H1N1 influenza. Additional investigations found that the H1N1 vaccine was also associated with a spike in cases of narcolepsy among adolescents.

Doshi’s concerns echo those of Dr. Russell Blaylock, a neurosurgeon and author of “The Blaylock Wellness Report”who has deep concerns over the safety and efficacy of the flu vaccine.

Not only is the vaccine not safe, Dr. Blaylock tells Newsmax Health, it doesn’t even work. “The vaccine is completely worthless, and the government knows it,” he says. “There are three reasons the government tells the elderly why they should get flu shots: secondary pneumonia, hospitalization, and death. Yet a study by the Cochrane group studied hundreds of thousands of people and found it offered zero protection for those three things in the general community. It offered people in nursing homes some immunity against the flu — at best one-third — but that was only if they picked the right vaccine.” A study released in February found that the flu shot was only 9 percent effective in protecting seniors against the 2012-2013 season’s most virulent influenza bug.

What’s even worse is that small children who are given the flu vaccine get no protection from the disease.

“The government also says that every baby over the age of six months should have a vaccine, and they know it contains a dose of mercury that is toxic to the brain,” says Dr. Blaylock.

“They also know the studies have shown that the flu vaccine has zero — zero — effectiveness in children under five.” For most people, says Dr. Blaylock, flu vaccines don’t prevent the flu but actually increase the odds of getting it. The mercury contained in vaccines is such a strong immune depressant that a flu shot suppresses immunity for several weeks. “This makes people highly susceptible to catching the flu,” he says. “They may even think the vaccine gave them the flu, but that’s not true — it depressed their immune system and then they caught the flu.”

Mercury overstimulates the brain for several years, says Dr. Blaylock, and that activation is the cause of Alzheimer’s and other degenerative diseases. One study found that those who get the flu vaccine for three to five years increase their risk of Alzheimer’s disease 10-fold.

Doshi asserts that influenza is a case of “disease mongering” in an effort to expand markets. He points to the fact that deaths from flu declined sharply during the middle of the 20th century, long before the huge vaccine campaigns that kicked off the 21st century.

Why do drug companies push the flu vaccine? “It’s all about money,” says Dr. Blaylock.

“Vaccines are a pharmaceutical company’s dream. They have a product that both the government and the media will help them sell, and since vaccines are protected, they can’t be sued if anyone has a complication.”

“The vast number of people who get the flu vaccine aren’t going to get any benefit, but they get all of the risks and complications.”

Dr. Blaylock, points to the fact that deaths from flu declined sharply during the middle of the 20th century, long before the huge vaccine campaigns that kicked off the 21st century.