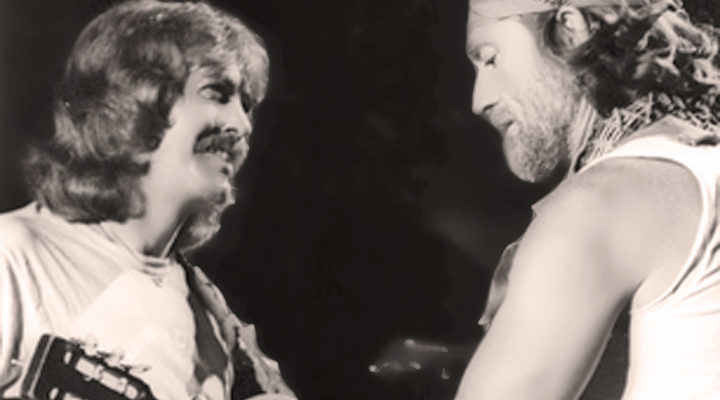 MAY JODY’S SOUL REST IN THE BLESSED AND LOVING ARMS OF OUR BLESSED LORD.

Jody Payne, longtime guitarist for Willie Nelson, died on Saturday from cardiac complications. Payne woke up early feeling ill, reports The Associated Press, and was taken to the hospital by ambulance. The musician, who was 77, had a history of cardiac issues.

“Sad to report that Jody Payne passes away,” reads a post on Nelson’s Facebook. “Seriously getting the band back together in heaven now. Jody Payne with Bee Spears and Poodie.”

The shaggy, Kentucky-born guitarist was a skilled country and bluegrass player from an early age; his first teachers included legendary pickers Merle Travis and Charlie Monroe. He also recorded at Motown Records and played with Ray Price and Merle Haggard before teaming up with Nelson from 1973 through 2008. “My role was to try and put something down for Willie to walk on [with his guitar], try to lay it down for him and sing a little harmony to support his vocals,” Payne told Joe Nick Patoski in Nelson’s biography, An Epic Life.

Payne retired in Stapleton, Alabama, with his wife Vicki, where he continued playing and teaching guitar at a local music store until the time of his death, enjoying retirement. “I miss the guys and I miss the sound, but I don’t miss the bus,” he told local paper the Mobile Press-Register in 2011. “It got where you knew what city you were in because of what the auditorium looked like, not what the city looked like.

“We created musical history,” Payne added. “It wasn’t me, it was us. I was just a small part of something people wanted to hear, and we entertained them.”