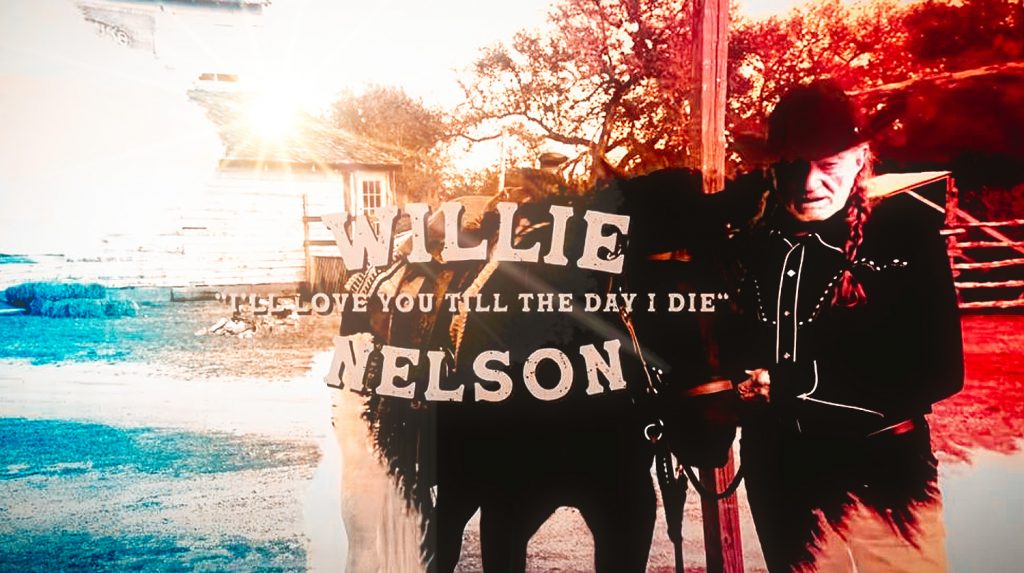 Willie Nelson who turned 89 on April 29 never fails to inspire all who love music and especially Country Music. and on April 29. Willie who is loved and even idolized by his millions of fans worldwide, celebrated his birthday by releasing a brand new studio album being is seventy seconds solo album release. The album proudly boasts the title, “A Beautiful Time” included a beautiful tune called, “I’ll Love You Till The Day I Die,” a tender, heartfelt country anthem penned by Rodney Crowell and Chris Stapleton. The album was produced by Buddy Cannon and  contains five Willie Nelson and Buddy Cannon compositions. Willie Nelson is truly a Legend and the delight of his fans, a “Living Legend’. View the video below, “I’ll Love You Till The Day I Die”.