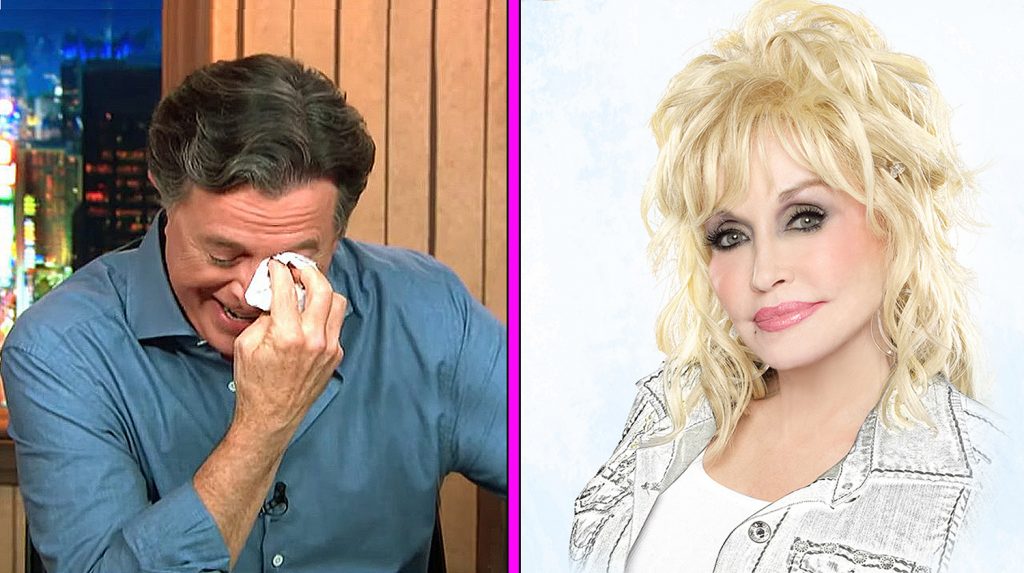 Dolly, What were you doing on The Late Show?

Well, it seems no matter how nasty and hateful a talk show host can be, towards anyone who does not share their distorted liberal views, they can still wow the top artists on their show. Apparently, Dolly Parton felt the need to share some of her stories behind her new book, “Dolly Parton, Songteller: My Life In lyrics” on Colbert’s show. Dolly even sang a song her mother used to sing to her as a child. The song “Bury Me Beneath The Willow” which is about a young girl getting ready to be married to her boyfriend who left her at the altar and because of that, she died. Well believe it or not Colbert started crying, which was for someone who can be so hateful and insulting to people, live on his show pretty put on, and probably just a show for the cameras. Dolly then said, “I better hush before you cry yourself to death and you can’t finish the show …we used to cry when mama would sing …those old songs are amazing though”