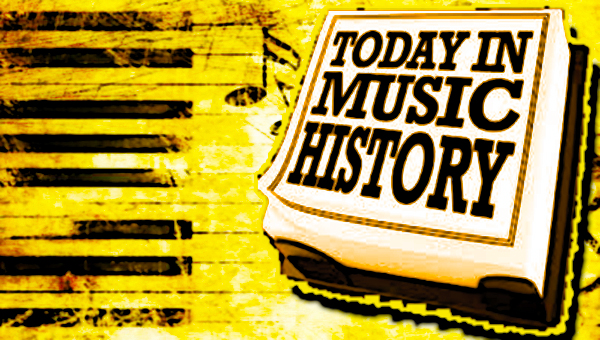 1949 – The musical “South Pacific” by Rogers and Hammerstein debuted on Broadway.

1975 – Beverly Sills made her debut at the Metropolitan Opera in Gioacchino Rossini’s “Siege of Corinth.”<!y2000>

1985 – Prince ended his 32-city tour in Miami, FL, and said that he was withdrawing from live performances for “an indeterminate number of years.” He later returned to live performing.<!v>

1998 – George Michael was arrested in a public restroom in Beverly Hills for lewd conduct. He was sentenced to community service for the incident.

1998 – Mary Bono, the widow of Sonny Bono, won a special election to serve out the remainder of her husband’s congressional term.

2000 – Michael Abram attended a hearing for his attempt to murder George Harrison and his wife Olivia on December 30, 1999. Abram was ordered to appear for trial, but a date was not set.

2004 – It was announced that Polar Studios, in Stockholm, would close in May due to high rent.

On This Day. Com