Why Indie’s Are Never Played On Clear Channel Radio 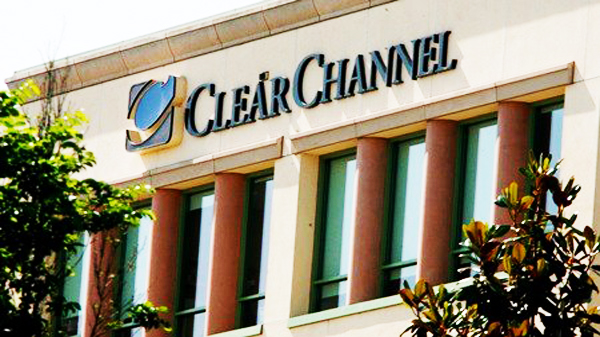 Another Music Royalty Deal By Clear Channel and a Record Company

Why Broadcaster Deals With Record Companies May Be a Good Thing

Last week, we wrote about the recently announced deal between Big Machine Records and Entercom Communications. The day after we posted that article, Clear Channel announced another label deal – this time with Glassnote Entertainment Group, the home of bands including Mumford & Sons and Phoenix. As with its Big Machine deal, the public releases suggest that the label agreed to lower digital performance royalties in exchange for a royalty on over-the-air performances by the company. What impact do these deals have on the threat of a broadcast performance royalty, and why do the parties enter into these deals?

When the Entercom deal was discussed at the NAB Radio Show, the host of the session asked for a show of hands from broadcasters in the audience who were absolutely opposed to any performance royalty – and about a quarter of the hands in the room went up. This is probably reflective of concerns that the break in the almost unanimous opposition of radio broadcasters to an over-the-air performance royalty for record labels and musicians could mean that the broadcast performance royalty (what used to be referred to as the “performance tax”) would become inevitable. Will these deals embolden the recording industry to once again push Congress to move on the stalled effort to institute a performance royalty? Perhaps not.

At a Congressional hearing soon after the announcement of the original Big Machine-Clear Channel deal, Congressional Representatives were asking witnesses from the broadcast and music industries if the deal reflected a marketplace solution to the royalty issue, obviating the need for any government involvement. And that was certainly the message of the NAB at the Radio Show – these deals are unique deals by companies that can uniquely benefit from them as they have a large digital presence, not a template for universal extension to all broadcasters. Based on our summary last week, it seems that the potential for savings by the broadcaster on their digital operations are evident, but why would the record companies agree to such a deal? There are several benefits that are evident. First, the royalties on the over-the-air revenues, even though smaller percentage-wise, are probably larger in absolute terms than the drop in the digital royalties, as digital revenues are, at the current time, a small fraction of over-the-air revenues. But this may well change in the future. For now, though the absolute dollars are probably greater for the record company that signs a deal like this.

But there may be other benefits to the record companies as well. If the cost of playing the music by a particular label is less than the music from other labels, wouldn’t it be natural for that music to be played more often by the broadcaster? If so, the label benefits by giving its artists more promotional exposure to its artists. Potentially, the deals could have also provided other promotional consideration that we will see rolled out in the future.

There may be other long-term benefits for the record companies. If this were to become a widespread model, the US might come into accord with much of the rest of the world in paying artists and labels for the use of music by over-the-air broadcasters. If that were to happen, overseas royalties that have been withheld (or made harder to retrieve) from overseas collection organizations could start to be released to US artists and labels. Those collection agencies don’t always pay US artists without some machinations as these countries’ artists get no royalties from over-the-air performances the US.

Many have also suggested that should these deals spread and become standard, there might actually be more total royalties paid to the artists and labels as more webcasters launch services, encouraged that they might actually be able to make a profit. In recent years, publishing companies that receive royalties from the use of music but charge far less than the labels for their interest in the music have been among the bright spots in the music industry. Could this be a template for a change in the way that business is done by the labels as well? (We’ll write more on this topic in coming days in connection with legislation introduced the week before last by Congressman Chaffitz on digital music royalty parity in the US and in connection with other digital music royalty issues).

But even if the deal does not have an impact on the performance royalty, could the agreement otherwise change the equation on royalties for the use of music by broadcasters? While this deal is but one agreement between one broadcaster and one record company, it is an example of a broader trend toward direct music licensing for digital uses. In 1998, Congress provided a one-stop shop for music licensing for non-interactive digital music services including webcasters and satellite radio (that “stop” being SoundExchange). These royalties are paid to SoundExchange, and set by the Copyright Royalty Board (“CRB”). Broadcasters and others are accustomed to paying for the public performance of musical compositions (through royalties paid to ASCAP, BMI and SESAC) – with the combined amount of those royalties usually in the neighborhood of 5% of revenue. In the digital realm, the royalties paid to SoundExchange for the use of the sound recording (for which over-the-air broadcasters pay nothing) have been extremely high. For services like Pandora, that royalty is a minimum of 25% of the company’s revenue. For most webcasters, including broadcasters who are streaming their over-the-air signals, the per-song, per-listener fees can eat up all of the revenues of their digital services (see our summary of the royalty rates here). These royalties have caused many to re-evaluate their Internet radio strategies – with some broadcasters abandoning streaming altogehter.

A deal like the Big Machine agreement, if it spread to other services and labels, could well lead to a new royalty model. In setting rates, the CRB looks to establish rates that reflect what a willing buyer and a willing seller pay in the marketplace. In past royalty proceedings, that willing-buyer, willing-seller price had to be estimated, as there were no real deals to use as a benchmark. And the estimates all went against webcasters. With a deal like that with Big Machine, and the deals that Sirius XM negotiated with certain independent record labels (which Sirius argued was impeded by those representing the royalty-collectors who feared the precedent), the pro-record company outcome of the CRB proceedings may well be changed if these deals can be shown to be representative of the real value of the public performance of the sound recording.

All in all, the deal between Clear Channel and Big Machine may not be what broadcasters feared – a concession on the over-the-air royalty – but instead may have positive benefits for all broadcasters in the digital world, setting a precedent for lower royalties in future proceedings. Of course, we’ll all have to wait to see what details emerge on this deal and any other similar agreements that may be in the works. But, with the next round of proceedings to set webcasting royalties starting in 2014 and running through 2015 (to set the rates for 2016-2020), the time is now for these deals to be made. The digital future for broadcasters may what is negotiated.

Article send in by Keith Bradford for possible publication,