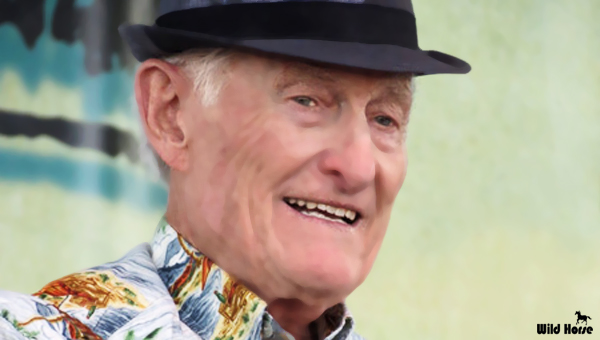 The pride of Coeburn, Virginia, Jesse Lester McReynolds, celebrates his 50th anniversary as a member of the world famous Grand Ole Opry this weekend.

Jesse McReynolds and his late brother, Jim McReynolds, began playing music at an early age. Music seemed to be a way of life in the Southwestern corner of the Commonwealth of Virginia,as was exemplified when the first recording sessions ever conducted took place in Bristol, Virginia in 1927. For the duo to follow in the footsteps of their grandfather, Charlie McReynolds (who was one of the first RCA recording artists for RCA during the “Bristol Sessions”) seemed a natural course to take. Officially, McReynolds credits the year 1947 as the beginning of his career in the music industry. Jim and Jesse McReynolds debuted on the Capitol Records recording label in 1952. This appearance marked the official start of what was to be a long and influential career for the pair. Over the course of their recording career other label success would follow with Columbia, Epic, Opryland, CMH, Rounder and their own label of Old Dominion. Their regional success throughout the Southeastern United States lead to various opportunities for greater exposure. One such opportunity lay with Martha White Mills (known today as Martha White Flour). During the 1950s and 1960s, the company was an advertiser for the locally and regionally broadcast radio and television shows on which the McReynolds’ appeared. Additionally, they were a sponsor on the Grand Ole Opry radio show during this same time period. Jim and Jesse were asked to appear on the Grand Ole Opry which lead to their membership invitation in March 1964. A move to Tennessee was inevitable and came about as the band moved its operations to Gallatin, Tennessee.

The band, known affectionately and professionally, as the Virginia Boys has always consisted of the cream of the crop bluegrass musicians. Many times, especially over the last several years, the band has been comprised of family members carrying on the McReynolds tradition of musical styling. Over the last decade introductions have been made reflecting the addition of some of the female family members, as well. Instrumentation consisted of Jim McReynolds picking guitar while Jesse McReynolds picked the mandolin, banjo, bass and also playing fiddle. Unfortunately, the band lost one of its founders, Jim McReynolds, in 2002 to a battle with cancer. This departure from the group marked the end of a 55 year professional musical relationship. This milestone qualified the duo to hold the longest “brother” duet pairing in Country music history.

Known for his “cross-picking” and “split string” style of mandolin playing, Jesse McReynolds has become one of the Bluegrass genre’s most prolific artists. He still maintains a tour schedule consisting of 50 plus events annually. During his career he boasts appearances in 49 states (Alaska, excluded) as well as Canada, Mexico, Japan and Europe. One of the reasons for his enduring career is his ability to think outside of the box, musically. Although known as a Bluegrass artist, Jesse McReynolds can take any genre of music and arrange it in a Bluegrass style. This fact is evident with his recent cover of a few of Jerry Garcia’s Grateful Dead tunes. For this reason, he has brought ecclectic styling to a traditional music format.

McReynolds has many honors to his credit including the International Bluegrass Music Association’s Hall of Honor, the Virginia Music Hall of Fame, Bill Monroe’s Bluegrass Hall of Fame, the National Heritage Fellowship Award from the National Endowment for the Arts, as well as numerous Grammy Award nominations. Among his top honors, however, is his membership in the Grand Ole Opry.

A celebration of Jesse McReynolds’ 50th Grand Ole Opry anniversary will take place this Saturday night, March 1, 2014, during the 7:30pm CST portion of the Grand Ole Opry hosted by fellow Grand Ole Opry member Jeannie Seely. Be sure to tune into 650AM WSM to listen live. You may also listen via the Internet at www.wsmonline.com. Jesse McReynolds will also be the host of the Ernest Tubb Midnite Jamboree on March 22, 2014. The Midnite Jamboree is a free show starting at midnight Central Time. Join Jesse McReynolds as the celebration continues on this night. For more information, you may contact the author of this article as well as the Ernest Tubb Record Shop #2 at (615) 889-2474(615) 889-2474.