Bradford Files: Don’t Let Stars Get In Your Eyes 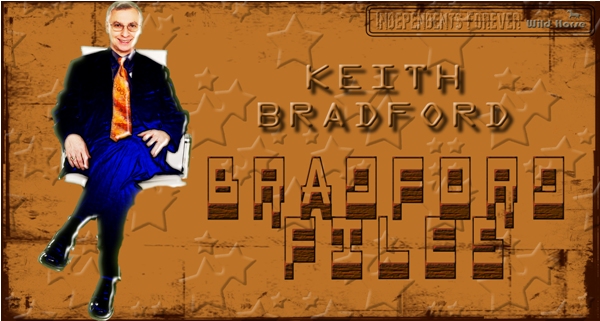 In our society we place everything into a classification or criteria. For example in my high school if you had hair on your chest you transcended from boyhood into being a man. Since at age 64 I still don’t have hair on my chest I guess that is supposed to mean that I am not a man. Even though I served my country in Viet Nam while in the U.S. Navy, and fathered 3 children, by my high school criteria of what determines a man, I am not one I guess.
A STAR by definition is a massive, luminous sphere of plasma held together by gravity. At the end of its lifetime, a star can also contain a proportion of degenerate matter. We also have stars that are not part of the terrestrial system. For example depending on an artist’s popularity we also refer to them as a STAR. Then it gets broken down into further classifications of stars. Rock star, Country Star Independent Super Star, Movie Star etc., are just a few categories of stars. Then you have stars like the late TINY TIM. Was he a rock star, pop star, what classification do you want to place him? Classifications based on criteria is supposed to be a science. You notice I didn’t say an EXACT science.
Keith Bradford
Keith Bradford Promotions
256 E. Old Hickory Blvd.
Madison, TN 37115
(615) 612-3899

Uncategorized Comments Off on Bradford Files: Don’t Let Stars Get In Your Eyes Print this News
Patty Patrick Writes A Poem For Our James Allen (Newer)
(Older) Donna Cunningham A Satisfied Us Or Just Me ?