Advertised foods rarely look exactly like the real food they’re selling. The truth is, the delicious-looking culinary concoctions we see in print ads and television commercials would be anything but appetising if they were on your plate.

1: That Milk, is actually Glue.

Cereal quickly soaks in milk and sinks to the bottom. If you want to photograph it, replace the milk with white glue. The cereal will remain on the surface and keep its original form. 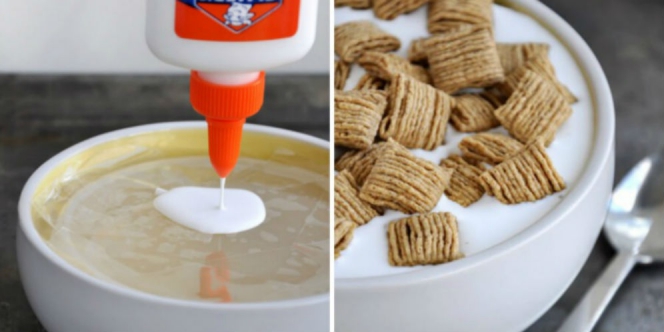 A nice big stack of flapjacks can be a thing of beauty. The only problem is those breakfast staples are quite porous – so the syrup just seeps right in. Photographers solve that issue by coating them with a healthy layer of aerosol fabric protector. Maple syrup doesn’t always look great on camera, they might turn to motor oil as a stand-in.

To add height to the flabjacks, cardboard is often used. Using the Cardboard method is a common technique even for spacing between cakes and burgers. 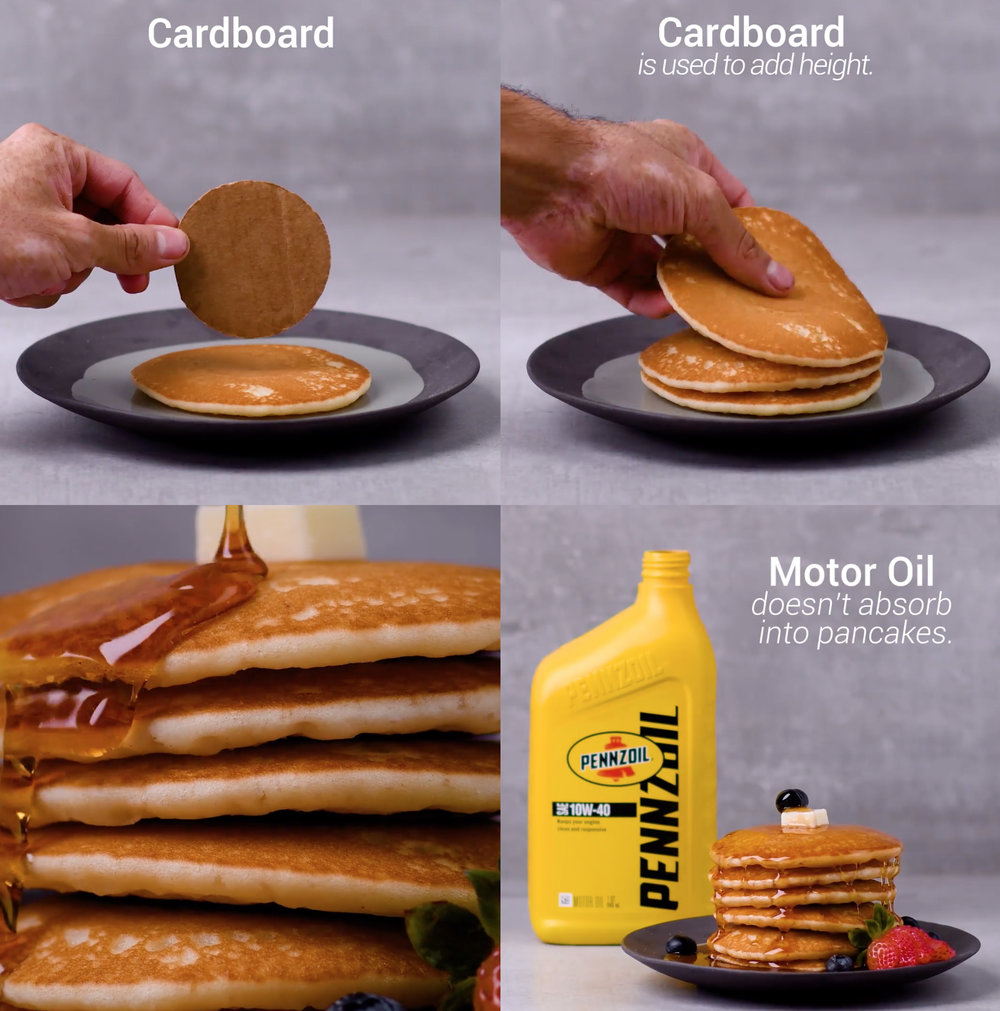 To take a picture of milk, coffee, or beer, photographers add liquid soap. It creates a stable foam that looks natural and attractive.

Changing the status quo and being honest, creates trust and value.

Through authentic, documentary-style television spots and print and digital advertisements, the campaign carries the theme “Values Matter” to explain where Whole Foods Market’s products come from and the values behind them. The creative focuses on Whole Foods Market’s sustainable seafood standards, animal welfare ratings and our new “Responsibly Grown” ratings program for produce. The TV commercials feature farmers, ranchers and fishermen who supply us with products, along with Whole Foods Market team members. 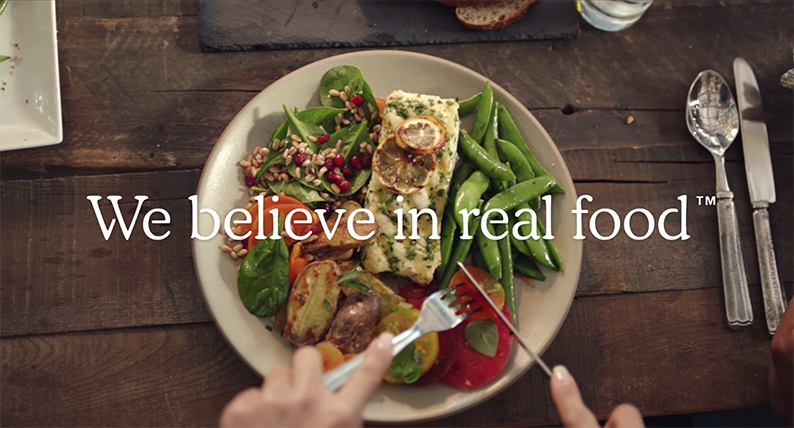