40th Anniversary of Dukes of Hazzard to be Celebrated

40th Anniversary of The Dukes of Hazzard to be celebrated

The MuscleKingz Car Show & Concert will be hosted by Brad Deberti, who was born and raised in Bakersfield, and co hosted by his father Doug Deberti who together entertain fans on their Discovery Channel TV show ‘Twin Turbos’. They build outrageous state-of-the-art cars and trucks and each have won multipleSEMA Best of Show Awards. Brad is currently NASCAR’s State Rookie of the Year. “I have been working with MuscleKingz for the past few years and I am excited to bring a gnarly car and truck show to my hometown of Bakersfield! And Bo and Luke Duke are coming!,” exclaims Brad Deberti.

“We are bringing Hazzard County to Kern County! In addition to an amazing show of cars and trucks from Bakersfield, the Valley and beyond both John Schneiderand Tom Wopat will each take the stage to perform their music at the Muscle Kingz Car Show & Concert,” said John Oakes – Freeze Management CEO, MuscleKingz co-founder and co-producer.

The Bakersfield event will celebrate the 40th Anniversary of The Dukes of Hazzardfeaturing Hazzard County’s famous ‘cousins’ – John Schneider (Bo Duke) and Tom Wopat (Luke Duke) – as well as one of the legendary 1969 Dodge Chargers – “General Lee” – owned by Chrome Cars and used in the original filming of the Dukes of Hazzard TV series. 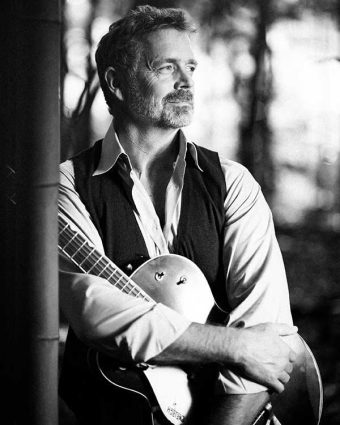 John Schneider has celebrated several hits at country radio including “Country Girls” and “Love, You Ain’t Seen the Last of Me,” and in 2018 he released a new song each week throughout year with his ambitious 52-song project, The Odyssey. John Schneider and his band will be performing on stage for the crowd in attendance at the MuscleKingz Car Show & Concert.

Separately, Tom Wopat will be performing songs from his catalog of music and anticipated new album entitled WOPAT.

John Schneider, Tom Wopat, Christian Davis are the first wave of artist announcements for the concert. Headliners and more to round out the lineup of live music will be announced soon.

“I love to play music. Tom Loves to play music and we both love cars, so it’s a great combination I’m excited about,” said Schneider. “I haven’t played anywhere in [that area] in probably 25 or 30 years, so I’m very excited. The last time I played at the Crystal Palace with Buck Owens 25 or 30 years ago. So I’m looking forward to it.”

“We saw an opportunity with the 40th anniversary to put it together musically, with some car shows,” said Wopat. “It’s been done before on a limited basis, but this is the first time that it’s going to be done with this much breadth. We’ve got three booked so far – all in California, but [we’ll] have at least 10 booked here shortly, so it’s going to be all across the country! There’ll be a car show during the day and then in the evening there’ll be a music show – with special guests. I’ll do a set with the band and then John will do his set afterwards.”

To register your car or truck, get your tickets and all information about the Muscle Kingz Car Show & Concert at the Kern County Raceway on Saturday, April 13, visitwww.musclekingz.com.

About MuscleKingz:
MuscleKingz is a brand and social media powerhouse featuring both modern and classic American muscle cars with over 1.6 million followers on Facebook, 450k+ on Instagram and thousands of attendees at each car show and concert series. Partnering with the automotive industry’s most respected brands, MuscleKingz produces the Car Show and Concert Series with a modern twist to a classic culture.www.MuscleKingz.com

About Doug and Brad Deberti:
For father-son duo Doug and Brad DeBerti, custom car building isn’t just a hobby, it’s their life. From creating a truck modeled after a fighter jet to developing the first ever drift racing truck, the DeBerti’s have been building one-of-a-kind cars and trucks for more than two decades, winning over twenty awards, and turning the family business into a household name. Watch them on Discovery Channel’s TV show TWIN TURBOS creating outrageous, state-of-the-art builds – pushing the boundaries being featured SEMA, the largest car event in the world! See them host the MuscleKingz Car Show & Concert on April 13 at the Kern County Raceway. Brad will be exhibiting and showcasing his favorite builds for all to see and enjoy the true craftsmanship and fabrication they took to create! For more information, visitdeberti.com.

About John Schneider:
John Schneider’s extensive acting career includes the iconic roles of “Bo Duke” on The Dukes of Hazzard, “Jonathan Kent” on Smallville, and currently stars as “Jim Cryer” on the hit series, Tyler Perry’s The Haves and the Have Nots – the #1 primetime series on cable on Tuesday nights. In addition, he is a celebrated country music artist with 10 albums to his credits and 4 #1 singles on the Billboard Country chart. He recently launched an ambitious 52-song project, The Odyssey, releasing a song a week throughout 2018, as well as three additional albums, Ruffled Skirts, Greatest Hits…Still! and Merry Christmas Baby, totaling 72 songs for the year. John co-founded the Children’s Miracle Network – a non-profit organization that raises funds for children’s hospitals, medical research, and community awareness of children’s health issues. Founded in 1983, they have raised more than $4.7 billion dollars which is distributed directly to a network of 170 hospitals. For more information, visit JohnSchneiderStudios.com. 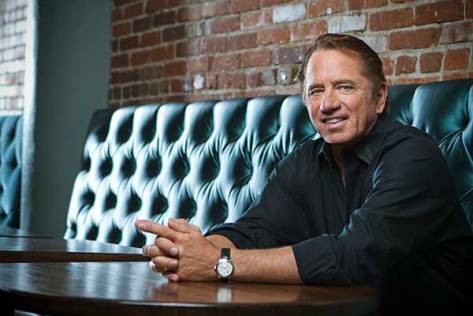 Tom Wopat has a diverse program of material as a performer who may be best known for his starring role in the ’80s hit television series The Dukes of Hazzard. Tom is a Two-Time Tony Award Nominee, his extensive career from his television work in the ‘70s and ‘80s to high visibility Broadway roles in 1999’s Annie Get Your Gun and 2008’s Catered Affair (he received Tony Award nominations for both), as well as Chicago, Forty-Second St., Sondheim on Sondheim and more. Tom is an acclaimed recording artist, with a warm, engaging baritone voice. And the more one listens, the better it gets — from the way he finds the heart of a song’s story to his lyrical phrasing and his gently swinging, jazz-infused rhythms. For more information, visit tomwopat.com.