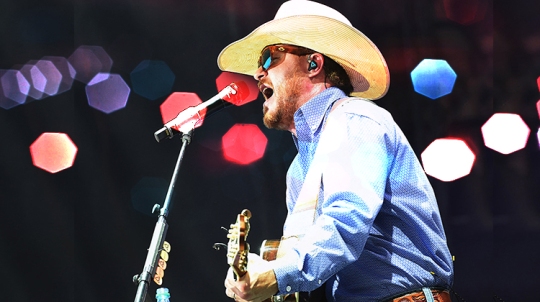 Very few release dates have been announced for the year’s biggest albums, but country fans are amped for albums by Texan Cody Johnson and hitmaker Randy Houser, both slated for January. Carly Pearce, Old Dominion, LoCashand Aaron Watson are a few more with new albums coming, and we’re hearing rumblings from Brantley Gilbert’s people … but we’re not supposed to talk about that yet.

Artists who may be due to release new music but haven’t shared specifics include: Miranda Lambert, Chris Youngand Thomas Rhett. Luke Combs also revealed that he’s hard at work on new music, as is newcomer Riley Green. Which of these albums will be the surprise album of 2019? Take a look at our list so far and then share which album you’re looking forward to in the comments section below.

The best songs on Aldean’s eighth studio album come after the halfway point, when he digs into more nourishing stories about love and heartache. “Drowns the Whiskey” (with Miranda Lambert) and “Better at Being Who I Am” are two songs that even those opposed to the way the ACM Entertainer of the Year has stretched the format will concede are as pure as country songs from any era. At 15 songs, the album overflows with ideas and themes, creating a few skip-ahead moments like “Gettin’ Warmed Up” that tarnish an otherwise strong effort.

In recalling his grandfather’s name and legacy on Amos, Michael Ray puts forth a far more personal album than his 2015 debut. Progressive, beat-heavy tracks like “Forget About It” stay far away from the edges of country music to make more meaningful ballads like “Her World or Mine” more believable. In the end, we’re convinced the latter is more where Ray would like to live.

Several of the songs on Starfire can be found on Smith’s impressive EP from 2016, but new genre-crossing tracks like the orchestral “East Side Restaurant” and acoustic “St. Paul” round out an album that cares more about song craftsmanship and lyricism than what genre it falls into. “Contact High” is a song that you need to see performed live ASAP.

Quietly, Morgan Wallen has released one of the better debuts of 2018. If I Know Me proves the “Up Down” singer’s vocal range, but mostly showcases strong songwriting and song selection instincts. There’s more rowdy (“Whatcha Know ‘Bout That,” “Happy Hour”) than hurt, but great hooks, attention to detail and a familiar, yet unique redneck country sound define him.

Devin Dawson‘s debut project is a songwriter’s album filled with heartbreak poetry over minor chords. “Asking for a Friend” is the best of them, but “Secondhand Hurt” and “Symptoms” are just as universal. It’s a dynamic project from a singer with deep rock roots. His favorite song is the title track, an autobiographical ballad that closes his live show.

Maybe it’s their boyish charm or maybe it’s their plucky, dynamic hooks and clean country themes, but Lanco are easy to cheer for. Hallelujah Nights is an exercise in sonic diversity, yet no two songs clash. The anthemic “Long Live Tonight” and acoustic “Greatest Love Story” on the same album? Sure! Jay Joyce helms this project and his guidance is every bit as crucial as singer and lead writer Brandon Lancaster’s lyrics.

No. 4: Keith Urban, Graffiti U

No one has pushed the sound of country music further toward pop and EDM than Keith Urban, and while some argue Graffiti U takes it too far, there are several great songs among the 14. “Drop Top” with Kassi Ashton is a built-for-summer jam while “Texas Time,” his Don Williams tribute, might be the most “country” thing he’s done in years. Both should be singles. Songs like “Female” and “Gemini” have sparked some debate, but great art rarely comes without controversy. It’s impossible to overlook this one.

The follow-up to Pawn Shop is a more well-rounded album that still challenges the listener with thoughtful lyrics and second or third-level musicianship. One finds himself exploring guitar solos (there are many, thankfully) and drum licks when not contemplating one-off lyrics like those found in “Slow Your Roll” and “Drink Like Hank” and the bigger picture importance of songs like “While You Still Can.” It’s the kind of album that leaves you wanting the next one immediately.

Our review of Golden Hour gives you all you need.

Ashley McBryde looks country tough but gives anyone who listens to her major label debut a big ol’ hug on Girl Going Nowhere, the best country album of 2018 (so far). Her vulnerability throughout the 11-song project is stunning and universal. Nothing panders to radio, yet very few songs feel unfit for mainstream audiences. If given the chance she’ll win the masses, much like Chris Stapleton did with Traveller.