Merry Christmas all you Christians, Jews, Muslims, atheists, rich, poor,
and let’s not leave out the fringe weirdos.
Merry Christmas I say, to all humans, dogs, cats,
and miscellaneous living items.
Warning: I am armed and extremely jolly.

Christmas has been my favorite holiday my whole life,
and I want to share it with you.
You don’t have to buy me anything but it wouldn’t hurt my feelings..
Join me in toasting old Saint Nicholas if he will fit in our toaster.
(Haha. I do get jolly at Christmas.)

Cry with me at the ending of “It’s a Wonderful Life”.
Let’s boo and hiss together at Old Mr. Potter.
We’ll get sentimental listening to the Christmas carols at Walmart.
And let’s all pray for snow even if we’re in Florida.
What time is Charlie Brown on?

Enjoy new times with old friends.
If we don’t have any friends, let’s make some.
Find somebody who looks down in the dumps,
give them a big smile, and toss them a “Merry Christmas”.
If they just look at you funny and walk away, so what?
There are other people waiting to be annoyed with our Christmas glee.

Think about your home town and try to recall the good times.
I think about Buffalo this time of year
because that’s where I got all my Christmas spirit to begin with…
shopping downtown, and trimming the scotch pine
with people we loved more than we knew at the time.

I laugh and cry a lot as Christmas approaches.
I even cry at commercials.
I laugh easily at funny remarks, especially mine.
It’s embarrassing but I don’t care.
Ten minutes after a joke has slipped into the past,
I think about it and start laughing again.
Everybody tries not to notice, but the more I try to stifle it, the more I laugh,
and tears come out of my eyes.
Christmas makes me weak.

So, whatever your religion or non-religion is, Merry Dang Christmas!
You don’t have to go to church if you don’t want to.
I probably won’t, but I might watch Midnight Mass on television,
and I’m not even Catholic.
It’s all part of the pageantry that is my holiday,
and I plan to eat too much, mellow out, and enjoy the feeling.

I’m working on my new song, “Pat, The Christmas Rat”.
The other reindeer’s won’t let him play any reindeer games.
He can only play rat games,
and yet, he’s full of Christmas cheer.
One Christmas Eve Pat slinks down a chimney
with his bag of presents,
and is beaten to death by a couple of toddlers.
It’s a sad story, but there’s probably a moral in there somewhere.

Call me on your holiday and I’ll join you, but listen…
What I’m saying to you right now is this:
“Merry Christmas to all good people.” 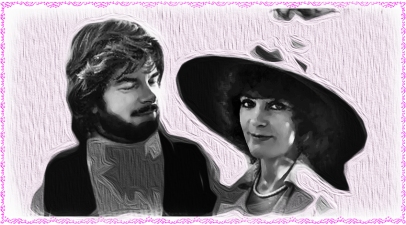 Then Jesus told his disciples a parable

to show them that they should always pray and not give up. Luke 18:1

If someone threatened your home or community, wouldn’t you defend them? They are under attack, but the enemy’s invisible. And Paul says the lion’s share of responsibility for stopping these attacks belongs to Christian men. ‘I want men everywhere to…[pray]’ (1 Timothy 2:8). Here the word ‘men’ isn’t the generic term for the human race or mankind; it’s specific to ‘males’. Now, I’m not saying only men are supposed to pray. Every Christian must. Nor am I saying prayer is the only thing to do. But it’s the first thing to do! John Bunyan said, ‘You can do more than pray after you’ve prayed, but you can’t do more than pray until you’ve prayed.’ James said, ‘…The effective prayer of a righteous man can accomplish much’ (James 5:16). Note the word ‘righteous’. Every believer is clothed with the righteousness of Christ, which means you’re in right standing before God. There are two kinds of righteousness: positional and practical. There’s righteousness you need to practice daily as you allow the Holy Spirit to cleanse, fill and use you. Just like you don’t want to drink from a dirty cup, God doesn’t want to hear the prayers of a Christian whose life is fouled up with junk. The prayer God answers: 1) is offered by a clean heart; 2) has a seriousness and intensity that shows you’re not just throwing out a few wishes to see which ones God might pick up on; 3) lines up with God’s Word and purposes; 4) comes from an undivided heart, because ‘…a double-minded man receives nothing from the Lord’ (James 1:6-8).