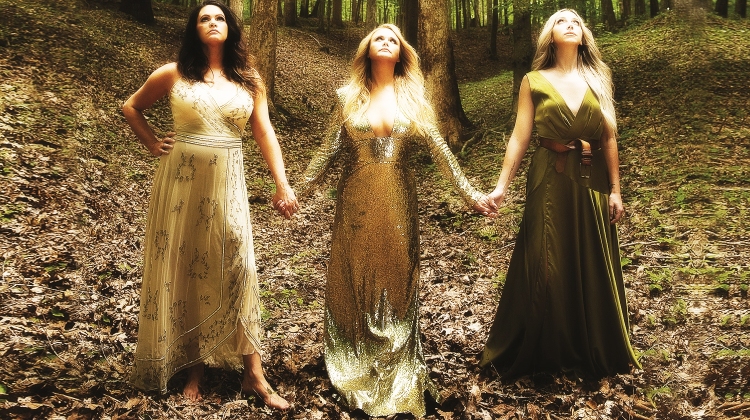 It has been five long years since the Pistol Annies released new music and Interstate Gospel picks up where 2013’s Annie Up left off. The trio has lived a lot of life since their last project — two weddings, a divorce, a baby and another on the way — and all of this is showcased on the 14-track album.

Pistol Annies’ memorable harmonies are at the forefront of Interstate Gospel as is their honest storytelling. With a unique take on divorce, heartbreak and marriage, the acclaimed trio, made up of Miranda Lambert, Ashley Monroe and Angaleena Presley, don’t hold anything back. Much of the album comes from real-life experiences the women have faced, but they’re not revealing to which singer. That, they leave up to their listeners to ponder.

Several tracks featured on the project are about regret, sometimes of marriage and other moments love. On the slowed ballad “Best Years of My Life” the three women sing of settling down into married life too soon. Unhappy, they set aside a day for some recreational drugs, alcohol and reruns. “I was looking forward to / Staying here forever / ‘Cause you asked me to / Didn’t think that I could do better / So I settled down,” Lambert laments on the track.

Each song on the project embodies traditional country elements and hints of bluegrass with acoustic instrumentation, soaring pedal steel, delicate percussion and the occasional electric guitar riff. The bluesy “When I Was His Wife” began the Annies third project as Lambert initially texted Presley and Monroe a verse to the song. Ten minutes later Presley responded with another verse, as did Monroe and the song became one of the album’s most memorable moments. “When you’re blinded by diamonds and driven by lust / Hon, you can’t build a mansion with the pieces all dust / Holy matrimony, best day of your life / I said that too when I was his wife,” they sing on the song, which looks back on the fall of a marriage.

Pistol Annies follow the mourning of marriage on “When I Was His Wife” with the yearning “Cheyenne.” On this moving story song with added piano, fiddle and electric guitar accompaniment, the trio sing of a woman named Cheyenne who’s “fast like a train ” and wanting to embrace love more like she does without getting hurt. “If I could treat love like Cheyenne / If I could be just as cold as the beer in her hand / If I could move men and mountains with a wink and a grin / Oh if I could treat love like Cheyenne,” they sing on the chorus.

The infectious first single “Got My Name Changed Back” picks up the pace and will likely become the most talked about track on the record. The upbeat divorce party song has the three women singing triumphantly of a marriage gone awry alongside memorable guitar picking. “Well I got me an ex that I adored / But he got along good with a couple road whores,” they sing. The ex-wife isn’t sad though. In fact she and her girlfriends celebrate her newfound freedom together at the DMV. “I don’t wanna be a Mrs. on paper no more / I got my name changed back . . . Well how to win when you play the fool / That’s something they don’t teach in school / I played to win, lookin’ back is funny / I broke his heart and I took his money,” they chant in unison.

While the funky, feel-good “Sugar Daddy” brings each woman’s personality to life, “Leavers Lullaby” is a striking country song about loss. With haunting lead vocals from Monroe and soaring horn parts, the song details a woman telling her lover to leave because it’s not worth the time spent to change her.

Album highlight “Milkman” discusses the regret some may have of a life not fully lived while the project’s standout song “Masterpiece” looks back on love gone wrong due to years of being in the public eye. “Baby, we were just a masterpiece / Up there on the wall for all to see . . . We were talked about / Once you’ve been framed / You can’t get out,” Lambert sings at the song’s start. Written in 2015 after her divorce from Blake Shelton, it’s a song of moving on and regret on which Lambert vulnerably sings lead. “Maybe we were just a country song / I’m still doing time / The king is gone / I tried to stand by my man / We were making plans / We were making plans,” she later sings, her voice cracking.

Interstate Gospel combines country, bluegrass and Americana influences alongside honest storytelling and impeccable harmonies. A powerful force, Pistol Annies prove that women have songs that need to be heard and stories that need to be told. While the genre seems to be leaning more and more towards pop production and hip-hop elements as of late, Pistol Annies stand firm in tradition with country instrumentation and witty songs and storytelling that makes the listener stop and think. Three women unafraid to lay it all out in the open, Pistol Annies once again prove why they are one of the genre’s most beloved acts. While fads come and go, Pistol Annies will stay true to their roots–which are firmly planted in the country genre

Like Loading...
« Who Passed On Alan’s ‘It’s Five O’Clock Somewhere’
George Strait One Night Only Concert in Atlanta »