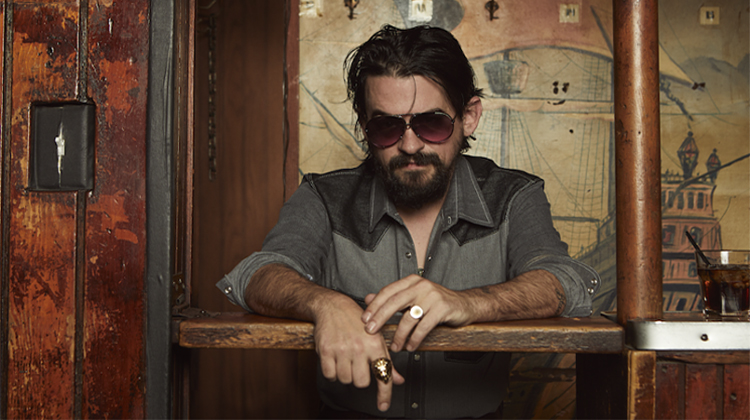 Shooter Jennings came by to discuss his great new album Shooter and what inspired him to create his most country album since his record Put the “O” Back in Country. Get exclusive insight on his latest project and why he decided to self-title the album.

On his new record, Shooter, though, he’s not trying to hurt you. Don’t misunderstand; he does want to shake you up, but in a good way. The nine-song offering that comes out in early August starts off with “Bound Ta Get Down,” offering a whole lotta goodness-gracious-great-balls-of-fire energy and a frenetic pace that maintains its relentlessness till the end. He hopes to cure some existential woes through hyper-charged honky-tonk tunes.

It’s so much better than the first Shooter Jennings CD, thank goodness. If this is the direction Shooter is taking, I am certainly looking forward to more of this. It may still not be Country as we know it, but it is a whole bunch better than Today’s New Country. Go Shooter!

Like Loading...
« AE Presents Gold/Platinum to Top Charted Artists
Josie Award Winners Happy As Can Be At Dollywood »