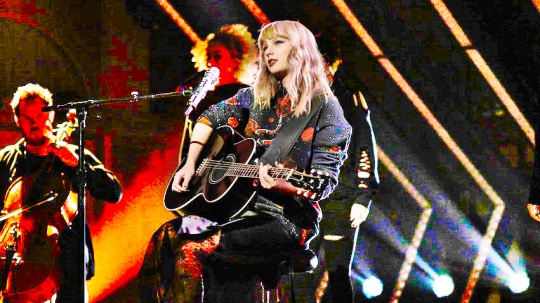 Taylor Swift brought her “Reputation Tour” to Nashville last night…with a bang. The gloriously over-the-top opus included stadium-sized screens, fireworks and pyro, light-up wristbands and, of course, Taylor. From start to finish the superstar singer danced, played and grinned her way across stage—and through the crowd—without ever missing a beat. Whether she was getting sultry and serpentine for the reputation lead single “Look What You Made Me Do,” or throwing it back to her early days with dreamy performances of “Love Story” and “You Belong With Me,” Swift dominated every moment of the unforgettable night. The old Taylor may be dead, but we’re obsessed with whoever that was on stage (and let’s be real—she was both old and new Taylor). It was hard to narrow down, but take a look at five of the most memorable things we saw at the show. Are you ready for it?

The Mash-Ups: While Taylor stayed true to her touring philosophy and played mostly songs from her newest album (reputation)—14 to be specific—she peppered in a handful of beloved classics…with a twist. Showcasing her evolution as an artist, she mashed up hits from her past with the current tracks. “Long Live,” from her 2010 album Speak Now, morphed into reputation’s straight-to-country radio single New Year’s Day. The breakup bop “We Are Never Getting Back Together” (from 2012’s Red), played into one of the night’s most incredible moments—the finale, which featured Swift dancing in a fountain under an incredible fireworks display as she dripped sass and spunk performing “This is Why We Can’t Have Nice Things” from the new LP. 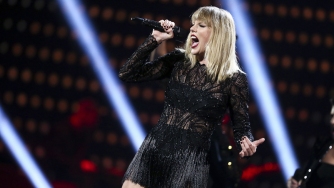 The Hype Woman: Charlie XCX held her own when she kicked off the show with crowd-favorites like “Boom Clap” and “I Love It,” but it was second act Camila Cabello that served as the real ringleader for the night. Dancing across the stage to hits like “Never Be the Same” and “Havana,” Cabello took her time hyping up the audience about the Taylor Swift show that was about to begin. She played coy, asking if the rumors that Taylor fans were the loudest were true—eliciting an enormous response from the crowd, and she gushed about the headliner repeatedly throughout the set. And her enthusiasm was genuine. Prior to joining the “Reputation Tour” (and becoming a member of T-Swift’s ever-evolving friend squad), Cabello herself was a fan. “If you would have told me this was going to happen when I was 14 or 15 years old…” she said to the crowd with a huge smile. (Swift would later bring both openers out to join her for “Shake It Off.”)

Nashville Love: Swift was visibly overcome with emotion when talking about her adopted hometown of Nashville. The singer came to town looking for a record deal as a pre-teen, and famously had her mom drive her up and down Music Row with “a CD of me singing karaoke songs, going into record labels saying, ‘Hi, I’m Taylor. I’m 11. Give me a record deal!’” Swift talked about growing up in the Nashville music industry, thanking the songwriters who gave her a chance despite her age, and gushed with pride that the rest of the country was finally seeing what the rest of us had all along—that “Nashville is just the best place in the world.” She also recounted attending CMA Fest with her mom when she was 13, sharing that she thought Nissan Stadium was “just the biggest stadium ever, and tonight is my first time headlining this stadium. This means so much to me. This is our hometown show.” And the hometown crowd went wild.

Better Man: One of Swift’s biggest hits of the past few years was one she penned but didn’t sing: “Better Man” was the lead single from Little Big Town’s 2017 album The Breaker, and earned a Grammy for Best Country Duo or Group Performance as well Song of the Year at the CMA Awards—Swift’s first CMA ever. While performing on one of two back-of-stadium satellite stages, the singer donned her guitar and told the crowd how proud she was of the song and LBT’s success with it before launching into an acoustic version of the love-gone-wrong song. It was a quiet moment in the show that spoke volumes about Swift’s talent, not just as an artist, but as a musician and a songwriter. 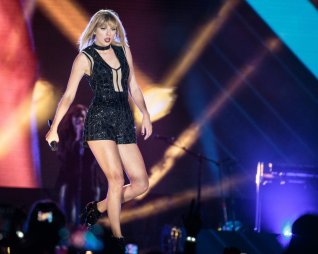 Taylor Swift: By now, it should come as no shock that Taylor Swift knows how to put on a show. For her first stadium tour, Swift pulled out all the stops. But despite the enormity of the production, Swift somehow managed to make each moment feel intimate and each song feel new. The atomic energy of the crowd was reflected back by the singer ten-fold as she grinned and laughed and sparkled as brightly as her costumes (there were eight of those, btw). Swift never seems happier than when she’s singing for her fans, and this show was no exception. With each tour the singer proves herself to be one of the best—if not the best—live entertainers in the music industry. Her evolution from a sweet, guitar-slinging country singer to sultry, confident superstar is evident in every dance step, note and moment of the “Reputation Tour.” And we are here for it.