Live Like a King: See George Strait Through the Years 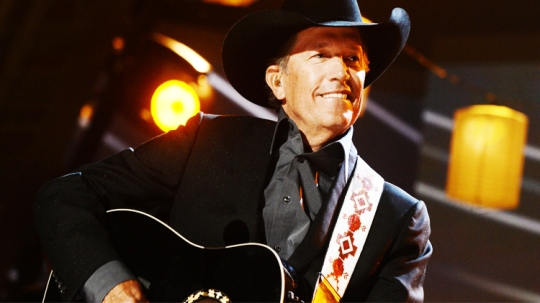 Live Like a King: See George Strait Through the Years

George Strait isn’t known as the “King of Country” for no reason. The influential, iconic and legendary hitmaker has had such an impressive career, and even at 66 years old, he’s still going strong. Strait was born on May 18, 1952, in a town called Poteet, Texas. His Texas influence has been visible throughout his storied career, which began in 1981 with the release of “Unwound.” The following year the singer released the Straight from the Heart album, which included his first No. 1 hit, “Fool Hearted Memory.”

Strait has had a total of 60 No. 1 hits in career — an unbelievable feat that only he could accomplish. King George is a member of the Country Music Hall of Fame, he’s received CMA and ACM Awards for Entertainer of the Year numerous times and he’s sold more than 100 million records. The singer shocked the world in 2012 when he announced he was retiring from the road, but thankfully, he plans to continue recording great country music. Strait finished the Cowboy Rides Away tour in 2014 with huge attendance numbers.

You Think You Know George Strait?