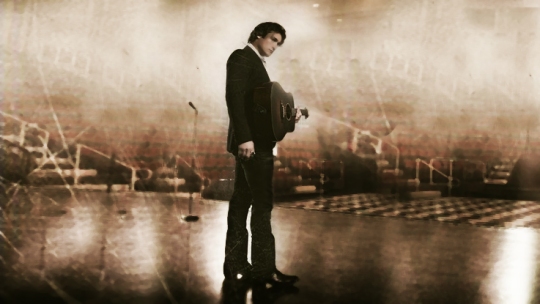 Sing Me Back Home’ is one of my favorite Merle Haggard songs,” Nichols says

Joe Nichols added his own twist to one of Merle Haggard’s most powerful songs in the latest installment in a series of classic country covers. Nichols shares why he chose to cover “Sing Me Back Home” in this Taste of Country exclusive.

“‘Sing Me Back Home’ is one of my favorite Merle Haggard songs,” Nichols says. “Mostly because the lyric is so heavy, so powerful.”

Haggard drew upon a pre-fame stint in prison when he wrote “Sing Me Back Home,” which gave him his third No. 1 hit in 1967. The song tells the grim story of an inmate who ‘s been asked to sing one final song for another prisoner who’s being led away to execution. It was inspired by Haggard’s real-life relationships with two men who were later executed.

“It takes me back to listening to Merle as a kid, not really understanding the power of these type of lyrics,” Nichols shares. “It did kinda help me understand a lot of emotion in song.”

Nichols’ new rendition slows the tempo down to “a death march, like a man’s really walking his way to the electric chair,” he reflects. “Vocally, I’m very proud of what we did there, too.”

The new Haggard cover is part of Nichols’ Never Gets Old: Traditional Country Series, which he debuted in March with a cover of Don Williams’ “Good Ole Boys Like Me.” He continued the series with a cover of the Charley Pride classic “The Rose Is for Today.” He’s releasing a new track in the series on the first Friday of every month.

Nichols’ cover of “Sing Me Back Home” is set for release on Friday (May 4). The track is available for download and streaming across multiple digital formats.

Never Gets Old is also the title of Nichol’s most recent studio album. He released the title track as the project’s first single in June of 2017.