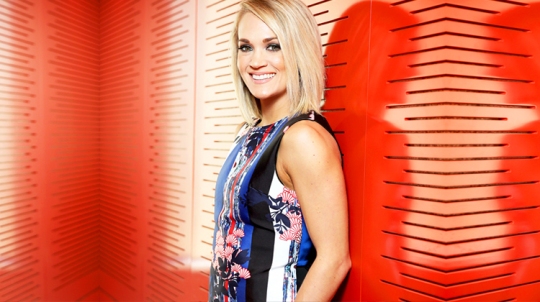 “The first single is a song I love so much and can’t wait to share with you. It’s called ‘Cry Pretty’ 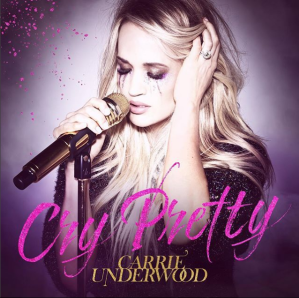 It’s been an uphill battle for Carrie Underwood to regain her strength and return to her rightful place in the country music community, but she’s letting fans know how excited she is over this next chapter in her career.

After taking a few months off to recuperate following an accidental fall outside her home, Underwood spent dedicated time with doctors and other helpers to heal up the injuries to the best of her ability. The most rewarding part of the recovery, though, was the memories made with her family while the singer spent the majority of time at home with her husband and son.

“Physically, I’m doing pretty darn good these days,” Underwood reassured in the personal note. “My wrist is almost back to normal, about 90% there…and the docs say that last 10% will come in time. And my face has been healing pretty nicely as well. I definitely feel more like myself than I have in a while. One of the silver linings for me in this healing process is the time I’ve gotten to spend with Mike and Isaiah. I’ve been calling it ‘forced relaxation.’”

But all of the medical work didn’t get in the way of her creative process, as Underwood also put her heart into her other love of music. Setting up writing sessions and penciling in some studio time as well, the Oklahoma native has begun moving toward her next record and hopes fans hear the growth within her words. 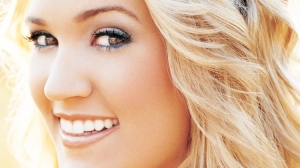 “The other thing I’ve been up to over the past few months is of course making new music,” she revealed. “I’ve been in the studio writing and singing a TON, but I’ve also been able to be creative in a way that I’ve never been before, which has been very fulfilling and empowering.”

Just the other day, Underwood hinted toward releasing a brand new single with listeners and she finally confirmed the news in her personal letter that a song by the name of “Cry Pretty” will hit the airwaves in just a few short hours. 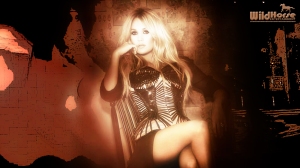 “The first single is a song I love so much and can’t wait to share with you. It’s called ‘Cry Pretty’ and I wrote it with three incredible women: Hillary Lindsey, Liz Rose, and Lori McKenna, who also write under the name Love Junkies. I joined one of their writing sessions last year to see if we could come up with some magic…and we did! The title refers to when emotions take over and you just can’t hold them back. It really speaks to a lot of things that have happened in the past year and I hope when you hear it, you can relate those feelings to those times in your life. It’s emotional. It’s real. And it ROCKS,” Underwood wrote.

Underwood will also be performing at the upcoming 53rd Annual ACM Awards, which air live from Las Vegas on Sunday, April 15, at 8 p.m. EST on CBS.

Devotional: Seeing Your Work as the Will of God

As long as it is day we must do the work of him who sent me Night is coming when no one can work John 9:4

You’ll experience a new level of fulfillment when you begin to see what you do for a living as an important part of God’s will for your life. Jesus preached and healed, but He saw it all as ‘work’ given to Him by His Father. You must too. Instead of seeing church as a place where you meet with God on Sunday morning, see it as a place where you’re fed and strengthened so that you can carry the presence of God with you into the workplace. ‘Whatever you do, whether in word or deed, do it all in the name of the Lord Jesus, giving thanks to God the Father through him’ (Colossians 3:17).

1) ‘Word.’ That covers skills of communication and information.

2) ‘Deed.’ That covers skills such as creativity and building. Whatever you do, you’re supposed to do it with a thankful heart, as though the Lord were your boss – because He is.

When you work with that attitude, you come alive. One person comes alive when they pick up a musical instrument, another when they lead a team, another when they counsel someone who’s hurting, and another when they’re looking at a financial spreadsheet. When each of us is doing what God designed and called us to do, the world around us is enriched. All skill is God-given, and we’re invited to live in conscious interaction with the Holy Spirit as we work, so that we can develop the skills He gives us. Work is a form of love. We cannot be fully human without creating value.

help me see that the work that I do is all part of the plan You have for me right now.

Thank You! In Jesus’ Name, Amen