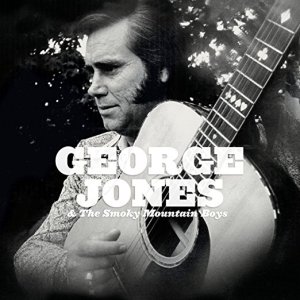 Montgomery’s suit claims George Jones contacted him in the late ’70s to produce the project, and that his longtime friend intended for him “to produce and own [the album] as his retirement package for all his years of service and friendship to Mr. Jones.” The album did not get released for decades as Jones moved through several label deals, and Montgomery says that as the producer, he maintained possession of the original mixed version of the album, while the master tapes resided in the vault at the recording studio where they recorded the tracks.

After Jones died in 2013, Nancy Jones sold his intellectual property and other assets to Concord Music Group for a reported $30 million, and in February of 2017, Concord released George Jones & the Smoky Mountain Boys via Cracker Barrel. The project is also available on streaming services, and Montgomery’s suit alleges that he was not paid for his work or even credited in the album’s liner notes.

“The release further misrepresents the album as lost recordings which were discovered, when in fact recordings were converted by defendant Nancy Jones and ultimately the Concord defendants with full knowledge of [Montgomery’s] ownership,” the filing alleges. The Tennessean did not report that a court date has been set. Nancy Jones has not commented publicly on the lawsuit.