49 Years Ago Lester Flatt And Earl Scruggs Split Up

49 Years Ago: Lester Flatt And Earl Scruggs Split Up 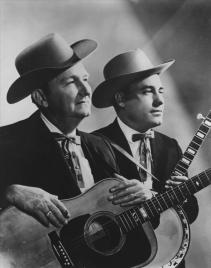 Forty-nine years ago today (March 11, 1969) was a sad day for Lester Flatt and Earl Scruggs: It was on that date that the men, together known as the bluegrass duo Flatt and Scruggs, split up, ending a musical partnership that spanned 25 years.

Flatt and Scruggs first began playing together in 1945, as part of another band, but in 1948, they launched out on their own, along with their band, known as the Foggy Mountain Boys. The duo remained a mainstay on the charts for the next several years, with hits such as “‘Tis Sweet to Be Remembered” and “The Ballad of Jed Clampett,” the latter of which was the theme song for the TV show The Beverly Hillbillies. 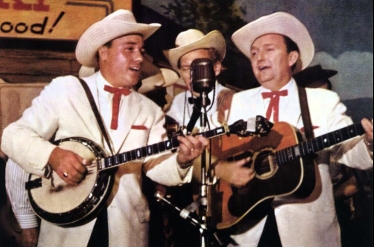 “The Ballad of Jed Clampett” sparked a new wave of popularity for the duo, who then became sought after for TV and movie appearances. Their music was heard in the 1967 film Bonnie and Clyde, further growing their popularity. Unfortunately, Flatt and Scruggs had differing opinions about the future of their music: Flatt wanted to remain true to their bluegrass roots, while Scruggs wanted to follow more mainstream sounds. Because of these differences, they parted ways in 1969. Following their split, Flatt formed a bluegrass band, Nashville Grass, while Scruggs formed the contemporary-sounding Earl Scruggs Revue.

Ten years later, in 1979, the men began discussing a reunion. Unfortunately, Flatt passed away later that year. Flatt and Scruggs were inducted into the Country Music Hall of Fame in 1985. Their Foggy Mountain Boys were immortalized in the 2000 blockbuster film O Brother, Where Art Thou?, which featured a band named the Soggy Bottom Boys as a tribute to their iconic music.