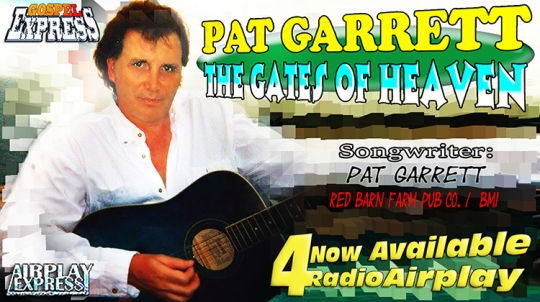 Country entertainer, Pat Garrett has one of the best voices in country music today. With seven albums to his credit, ​Pat ​has shared the stage with George Jones, Willie Nelson and Loretta Lynn​, Johnny Cash Charlie Daniels, Tanya Tucker and many other great country artists​. ​H​is rich baritone voice is perfectly showcased on one of his original ​Gospel song ​“​The Gates of Heaven​”

Pat is not one to shy away from a stimulating debate. A prime example is his newest release, “​I’m Gonna Stand​”​. Inspired by the current NFL controversy, the song is, more importantly, a tribute to ​the American Flag​ and ​N​ational ​A​nthem. ​This song got Pat National appearances on Fox & Friends, and One America News, and ​Judging from audience reaction, the song promises to “stand” the test of time, long after the headlines change.

Garrett’s also thrown his cowboy hat into the political ring with his infectious, upbeat single “Moose Shootin’ Mama,” A tribute to former candidate for Vice President, Sarah Palin, this was one of the most talked about songs of the 2008 political season, leading to coverage on major news outlets, Fox and ABC, and a stint ​Touring with Sarah​, and was on the Billboard Hot 100 country charts.

The prolific singer/songwriter has also made a significant impact in more than one genre. A prime example is a rock album recorded under the name Pat Farrell and the Believers. The album included the song “Bad Woman”, which was covered​ and recorded​ by acclaimed British rockers, the Arctic Monkeys years later.

The Harley riding cowboy is also a hit on the biker scene. “Wild Hog” is a full-out, rollicking stomp that became a Top 20 download, and has ​over 250​,000 hits on YouTube. 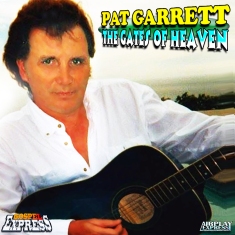 His music can be heard on AMI jukeboxes ​all over the USA on 25,000 locations​, and is available on iTunes, ​amazon, and most online outlets.​ See what Pat is up to on his web site http://www.patgarrett.com ​

AirplayExpress is proud to feature Pat Garrett and will be releasing more song from highly acclaimed artist in the near future. Pat’s first single on AirplayExpress, “The Gates Of Heaven” has already entered the AirplayExpress Top 20 Gospel Chart at #19 and by the reaction from AE first mailshot to Radio and DJ’s it seems this is going to be making its way to the number one position no matter what.