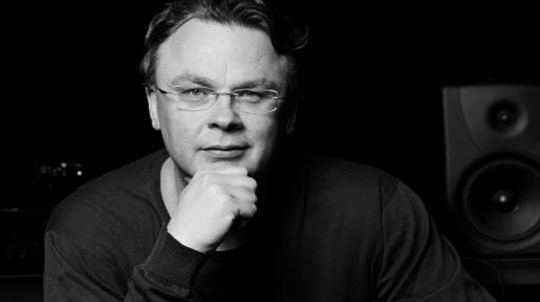 Rumblefish was acquired by SESAC as part of its Harry Fox Agency (HFA) buyout in 2015, and specializes in services for US-based independent publishers – including composition and recording administration, data and royalty management, licensing and network monetization.

SESAC says that its new Facebook agreement – a standardized deal in which indie publishers can choose to opt in – will provide ‘streamline music licensing and administration for the independent publishing market’.

Willard Ahdritz, Kobalt Founder & CEO of Kobalt, said of his firm’s multi-year deal: “In the spirit of a true partnership, Facebook will ensure songwriters are paid fairly and new revenue streams are created for user uploaded video. “We look forward to working closely with Facebook throughout our partnership. And, Kobalt is committed to distributing royalties in a fully transparent way.”

Global Music Rights is Irving Azoff’s US Performing Rights Organization which represents such writers and performers as Pharrell Williams, Bruno Mars, Drake, Bruce Springsteen and Smokey Robinson, among others.

“With our deep relationships and unparalleled reach to both the major and the indie publishing market, coupled with the most comprehensive service suite, Rumblefish is a natural partner for Facebook.” Michael Simon, SESAC/HFA/Rumblefish

Irving Azoff commented, “Our partnership with Facebook reflects that when music is valued properly, it’s easy for both sides to view it as a win-win.”

Scott Sellwood, Head of Commercial Music Publishing Partnerships at Facebook, said: “Facebook and SESAC’s HFA/Rumblefish are excited to offer the vibrant independent publishing community the opportunity to participate in a new licensing program with Facebook.

“The program will enable users to upload and share videos with music on Facebook, Instagram and Oculus and allows publishers to be compensated for the use of their music.

“Rumblefish will also help Facebook optimize the identification and clearance of musical works through an innovative data-sharing agreement. This partnership with HFA/Rumblefish and an opt-in for independent publishers opens as of today.”

Michael Simon, President, Rumblefish and HFA, said: “With our deep relationships and unparalleled reach to both the major and the indie publishing market, coupled with the most comprehensive service suite, Rumblefish is a natural partner for Facebook.

“This alignment not only reinforces Rumblefish’s position as home to the world’s largest, most authoritative database of musical works linked to-recordings, but also our commitment to bring new licensing opportunities to the publishing market.”

NMPA President & CEO David Israelite added, “This new partnership between Facebook and the music publishing industry is a great step forward for the platform and for songwriters. Music provides value to Facebook and its users and ensuring that the creators of that music are compensated is paramount.

“We appreciate Facebook’s willingness to recognize the economic contribution of songwriters as well as its effort to create a system that properly streamlines payments moving forward. Other digital services should take note and follow suit.”

Police Release Dashcam Footage Of Carrie Underwood Getting Pulled Over

Carrie Underwood recently got pulled over for speeding, and now the dashcam footage from her traffic stop has emerged online. A police officer in Brentwood, Tenn., an upscale Nashville suburb, pulled Underwood over on Jan. 29 for speeding, and in the video, obtained by Inside Edition, the superstar is nothing but polite and cooperative when the officer approaches her silver SUV. She apologizes profusely after he asks, “What’s the big hurry, ma’am?”

“I wasn’t even paying attention,” Underwood replies, quickly adding, “I know that’s no excuse.”
Underwood was given a verbal warning and allowed to continue on her way, but she felt so bad that she still apologized for the incident, even though it hadn’t come to light until she mentioned it publicly.

“Well, it happened today. After 18 years, I can no longer say I’ve never been pulled over for speeding,” she tweeted. “I feel so ashamed! I may or may not have cried in my car after the cop let me go. #RuleFollower #GrannyDriver #ImSorry.”
Underwood has been in the headlines quite a bit recently. In November she suffered a fall that broke her wrist and resulted in facial injuries requiring “40 to 50” stitches, and in January she released a new song called “The Champion” that will be featured during Super Bowl LII and the Winter Olympic Games. She collaborated with rapper Ludacris on the track.