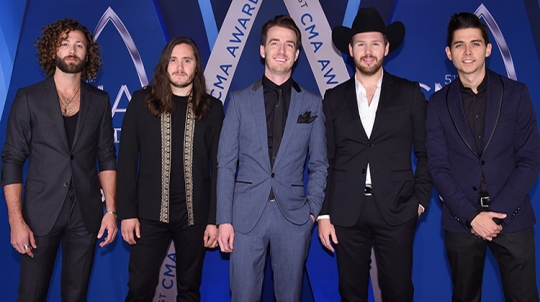 Lanco earns their first-ever No. One on the Billboard Country Airplay chart this week with the GOLD single “Greatest Love Story” off their self-titled EP. “Shaking up the Country charts” with “his confessional style lyrics” (Entertainment Weekly), lead singer Brandon Lancaster takes credit as the sole writer behind the hit, marking the first time in over ten years an artist’s first No. One on the chart has been solely written by the artist. Simultaneously, this week’s top-selling new group reaches No. One on Billboard’s Emerging Artist Chart ending Dua Lipa’s six-week reign at the top spot on the all-genre chart. 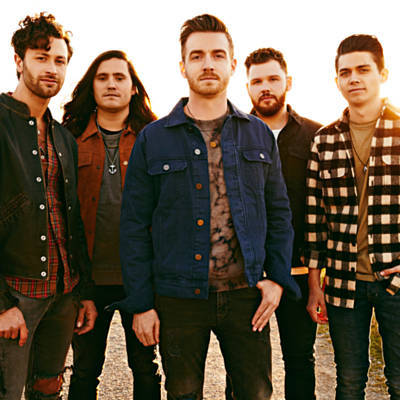 “It’s absolutely incredible to write a song that our entire band has believed in since day one…and for our years of hard work to finally pay off,” said lead singer Brandon Lancaster. “We built our foundation as a band on ‘Greatest Love Story’ because we believed in the power of Country music story telling. To see how much it has resonated with so many people makes us feel little less crazy for believing in it so much. We also acknowledge the hard work effort that is put into achieving this from our team, record label and Country radio and if it wasn’t for them we would probably still playing this song to empty bars for anyone who would listen.”

“Few bands have have generated as much buzz as LANCO” (Pop Culture) as they were just named one of Pandora’s “2018 Country Artists To Watch” and were also hand selected as this month’s Hits Magazine “Vibe-Raters.” As their groundswell movement reaches new heights, Lancaster reigns at No. One for a seventh consecutive week on the Top Country Songwriters chart, based on streams, sales and airplay and he serves as the only artist to reach this accolade in 2017. Critics nationwide have raved about LANCO’s “Greatest Love Story,” leaving high exceptions for their forthcoming full-length debut set for release in early 2018.

Listen to AirplayExpress’s Top 40 for the latest International chart countdown hosted by Ed Dailey on Nashville Radio NBRN.FM this morning at 11AM [CST] Nashville Time

Ed Dailey will be counting down the latest AirplayExpress  Top 40 from Nashville Tennessee in the regular slot at the Nashville Broadcast Network this morning. To tune in right now click the NBRN banner to the left. Ed Dailey counts down the AirplayExpress Top 40 for the month of May in line with AirplayExpress policy of promoting the Artists on AirplayExpress.

This brand new Top40 chart features only the most downloaded and playlisted songs compiled from the last seven days on AirplayExpress playlists and from playlists sent in by Disc Jockey’s worldwide to AirplayExpress.

AirplayExpress Top 40 Aired in 11 Countries on 6 Continents. United States, New Zealand, Sweden, Belgium, Norway, Germany, Scotland, South Africa, Panama, Austria and Ireland now listening to the AirplayExpress Top 40.  Even as Our family of DJ’s and Radio station are growing by the week, we are also aware due to the downloads that there are many more radio stations downloading and airing the show, but have not yet let us know, so that we can acknowledge their much valued support.

The Top40 is Edited, Mixed and Mastered at AirplayExpress and sponsored by Wildhorse Entertainment. 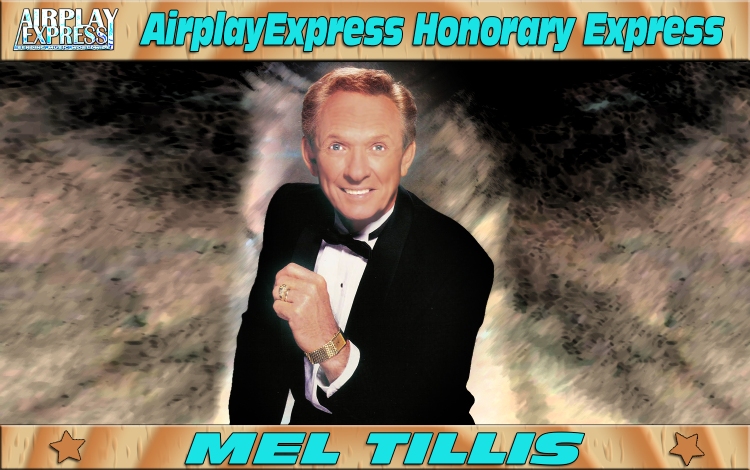 Mel was responsible for such hits as I Ain’t Never, Good Woman Blues, Coca-Cola Cowboy & many others

Before Fame: He was in the United States Air Force and also worked on the railroad. His first hit was I’m Tired from 1957 for singer Webb Pierce. Trivia: He also had a career in movies, appearing in W.W. and the Dixie Dancekings from 1975, The Villain from 1979, Smokey and the Bandit II from 1980, and The Cannonball Run from 1981. Family Life: He married Doris Tillis in January 1957. The couple divorced in 1977. They had future country-music singer Pam Tillis in 1957. He also has three other daughters and two sons. Associated With: His music was covered by numerous artists, including Stonewall Jackson.

WOLFING down a peanut butter  sandwich as I drove to a meeting across town was not my idea of the ideal lunch.  But that’s  the way it has been these days.  Just when I thought work at the television station couldn’t  get much busier it could. We had a couple of big documentaries to produce and the deadline were looming , in the not-so-distant future we needed  to produce in two weeks. My stress level was mounting just thinking about it.

Impatient at the red light that seemed to be taking an awfully long time to turn green.  I reached over and turned on the radio. It was turned to a station, II rarely listened to, because I never liked its choice of music.  This time though it was playing relaxing tune with an uplifting  beat and a hint  of Jazz..  I listened feeling my body unwinding a bit and my grip on the steering whale  easing.  The next song was just as good, and so were the two after that.  By the time I arrived at my meeting, I’d heard five of the best songs I’s ever heard on that station.  I got out of my car with a smile on my face and a swing in my step.

Some might say that hearing those songs was a coincidence, but  I know better.  So I’ll just say a thank-you to God for being there at the right place and the right time, and turning  me into His peace

But time and chance happen to them all.  – Ecclesiastes 9:11